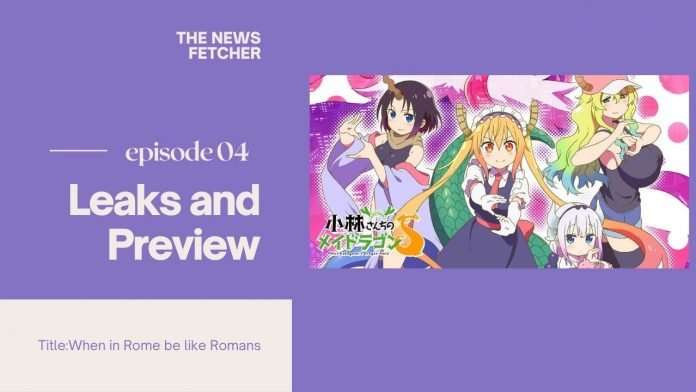 Here are the leaks for Miss Kobayashi’s Dragon Maid S Episode 4. The episode will air on 29 July.

In the previous episode, Saikawa visits Kanna at home to play. She meets Ilulu for the first time. Saikawa and Kanna decide to play trump cards. They also invite Illulu but she is hesitant.

In truth, Ilulu is still guilty about her actions. She also feels she doesn’t deserve to mingle with humans after trying to destroy their world. 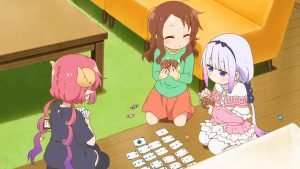 Lucoa drops by for a visit with snacks. However, she finds out that Kobayashi and Tohru are out shopping. She spots Ilulu and decides to try to help her form relationships. Saikawa and Ilulu form a bond and she decides to become friends.

Tohru wants to make a perfect maid dress for Kobayashi. She calls all her friends as well as Georgie to come up with designs. The kids along with Ilulu play a game of monopoly in the other room. Finally, Kobayashi agrees to wear Tohru’s outfit.

Sasakibe asks Tohru about her hobby. Tohru is, however, unaware of any hobbies. She takes the help of neighbors. Tohru seems to be very talented as she is able to shred on the guitar and make good wood sculptures. However, she finally realizes her hobby: idolizing Kobayashi.

If you are interested in the series check out this article about the details of special unreleased episodes of the series.