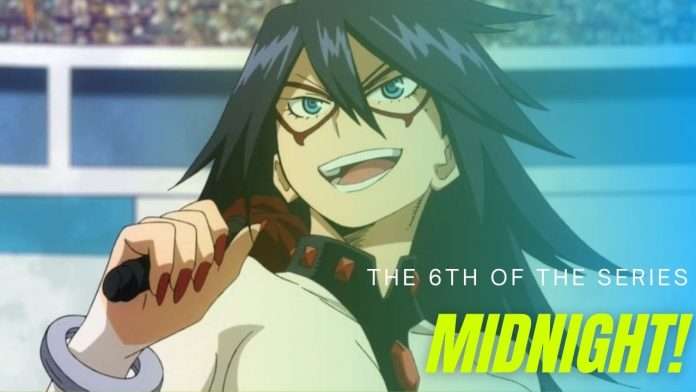 R-Rated Hero Midnight is a pro hero in the My Hero Academia Universe. Her real name is Nemuri Kayama. She also teaches modern hero art history at UA High School.

She is 32 years old and was born on 9th March according to the manga.

She loves the concept of youth and is sensitive towards age-related issues. Nemuri is an intelligent and perceptive character despite her appearance and personality. 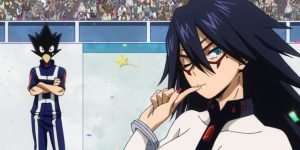 Midnight’s quirk is Somnambulist which allows her to put nearby people to sleep. She exudes a sleep-inducing aroma from her body and the quirk works better on males than females.

She wears a black leotard over a thin bodysuit and also wears stockings and has handcuffs on both her wrists.

She uses a costume made of Ultra thin fabric in order to use her quirk effectively.

In the past, in order to make good use of her quirk, she donned outrageous costumes. This reason led to the hero costume regulation.

Originally, Nemuri is supposed to be the homeroom teacher of class 1-A but the author wanted someone who could be strict with the students. She is replaced by Shouta Aizawa.