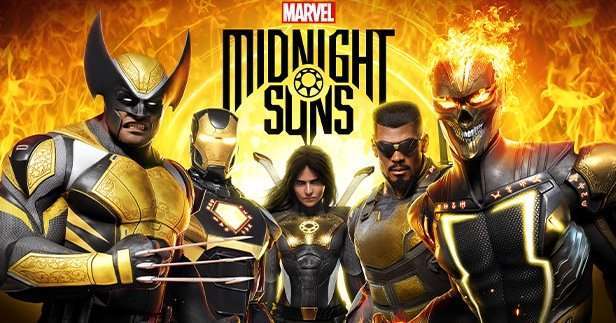 Rumors have long been around that the company Firaxis Games, the studio behind the acclaimed XCOM and Civilization franchises, was working on a game dedicated to the darker side of the Marvel World. At first, it was thought that it was a Marvel-themed XCOM, but then rumors began to sound in another direction. So finally, we have the first official details of ‘Marvel’s Midnight Suns,’ a tactical role-playing game starring a cast of iconic superheroes.

After centuries of sleep, Lilith, Mother of Demons, has been revived by Hydra through a twist of dark magic and science. Lilith stops at nothing to complete an ancient prophecy and brings back her evil master, Chthon ( The Elder God and Archdemon of Chaos, ruler of his own realm, and the author of the Darkhold. ) Pushed to the brink, the Avengers desperately look to fight fire with hellfire and enlist the help of the Midnight Suns Nico Minoru, Blade, Magik, and Ghost Rider young heroes with powers deeply rooted in the supernatural, formed to prevent the very prophecy Lilith aims to fulfill. Together, they resurrect an ancient warrior, the Hunter, Lilith’s forsaken child, and the only hero known to have ever defeated her. In the face of fallen allies and the fate of the world at stake, it will be up to you to rise up against the darkness!

About The Game Characters

Since the Hunter is the new character in Marvel’s Midnight Suns, players can design this hero as they see fit. And not only in terms of appearance, but we can choose from a wide variety of skills and abilities to create a unique superhero. Throughout the game’s history, the hunter will have to make decisions that can affect his team, altering relationships that, in turn, can affect the way his team responds to them.

Between combat, players will return to The Abbey, the base of the Midnight Suns. There we can explore the area in the third person, chatting with the characters through extensive dialogue trees and choosing which team members they want to interact with. The way we socialize will be important; Blade is likely not want to read by the fire, while Doctor Strange is probably not very interested in lifting weights in the gym.

“We wanted to push the idea of ​​relationships, Solomon explains. To unlock the potential of any hero in combat, you really have to develop a relationship with them.”

Speaking of combat, we can take three heroes to the encounters, using a turn-based tactical system to kill hordes of enemies. Naturally, they advance, so nothing has to do with the mechanics of XCOM.

“There are no mechanics that we have in common with XCOM. We had to design a completely new combat system because Marvel’s Midnight Suns is a very different fantasy. As a superhero, you need to feel like the most powerful character on the board… we still have to provide the players with a challenge, but the challenge now is that there are many enemies. In XCOM, you are terrified because you are about to die half the time, but here your enemies are terrified because they are about to die half the time.” Said Soloman.

Set in its own universe, “Marvel’s Midnight Suns” is inspired by Rise of the Midnight Sons, a comic that debuted in the early 1990s. Although it retains some story elements, Firaxis Games has confirmed that it is not a retelling but rather a totally original narrative.

“I grew up reading and loving Marvel comics, Solomon concludes. Being entrusted to me by these characters and their stories is an honor for me and the team. Whether you’re a Marvel fan, an RPG fan, or a tactical game fan, Marvel’s Midnight Suns will bring these darlings to life in a way you’ve never seen before.”

Must Read; Letitia Wright Has Been Hospitalized Due To Accident While Shooting Black Panther 2

Advertisement I do feel bad for Joe Russo, being crushed by these hot and handsome actors at some of the things we geeks are supposed to be good at, it is just painful. Trash Talk Videos To those who are unaware of what I am talking about, read here to find out what AGBO Superhero…