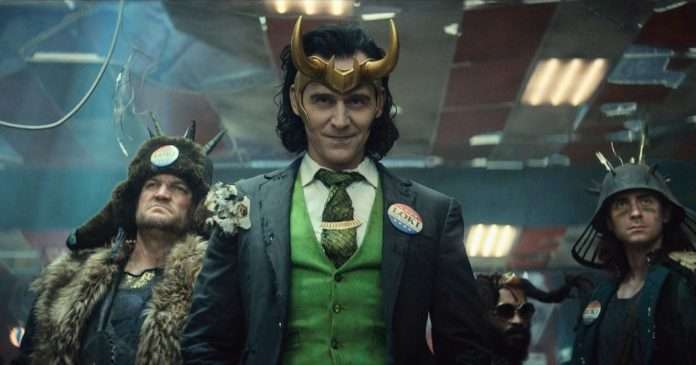 Marvel Studios President Kevin Feige said that the production of the Loki season 2 series for Disney Plus is underway, and his party is starting to look for a suitable director. Tom Hiddleston will still be the main actor, obviously.

Previously, the MCU has found great success through Disney+ miniseries such as WandaVision, The Falcon and the Winter Soldier, Loki, and, now, the animated What If…?

Of the several series above, Loki is the only one confirmed to continue his adventure in the second season. So, here are the info given by Kevin Feige regarding the process of making the Loki season 2 series.

Also Checkout: The Most Underrated Moments In The MCU.

At The End Of Loki’s Finale

According to Screenrant, shortly after Tom Hiddleston’s character Loki found himself in a very different Time Variance Authority, a hint that the series will continue into season 2 has emerged. TVA itself is a powerful organization tasked with protecting time flow and is heavily involved in Loki’s actions throughout the story.

At the end of the first season, Loki and Sylvie finally face the man behind TVA, who is none other than ‘He Who Remains’ also, we can say, a variant of Kang the Conqueror. In the final moments of the episode, Sylvie stabs Kang, which leads to opening the Multiverse.

Currently, not much is known about Loki season 2. However, since the Marvel president is looking for a director, certainly, Kate Herron will no longer be directed by Season 2.

Loki Season 2 Is Already In Development

In an interview with Collider during the press conference for the film Shang-Chi and the Legend of the Ten Rings, Kevin Feige provided an update on the production of Loki season 2. Here’s what he said.

“This is ongoing. We are developing it. The hope is that many of the same team will return. Kate is going to do bigger and better things, so the search for a director is about to begin,”

Regarding when the production of the Loki season 2 series began, Feige went on to say that he wasn’t sure the exact date would fall next year or even the following year.

On the other hand, Tom Hiddleston will reportedly appear in Doctor Strange in the Multiverse of Madness in the coming year, directed by screenwriter and executive producer of the Loki series, Michael Waldron.

Meanwhile, actor Jonathan Majors will play Kang the Conqueror in Ant-Man And The Wasp: Quantumania, scheduled to release in 2023.

What If…? Episode 5: What Happened To Scott Lang’s Body?