In the first Angelina Jolie Marvel Movie, the Maleficent actress will play the role of Thena. She will be a member of an immortal alien race. Jolie will be joining an extraordinary cast in the MCU. This will consist of amazing actors like Salma Hayek, Richard Madden. Other actors in the cast include Kumail Nanjiani, Scarlett Johansson and Don Lee.

Pictures From The Set Of The Angelina Jolie Marvel Movie: 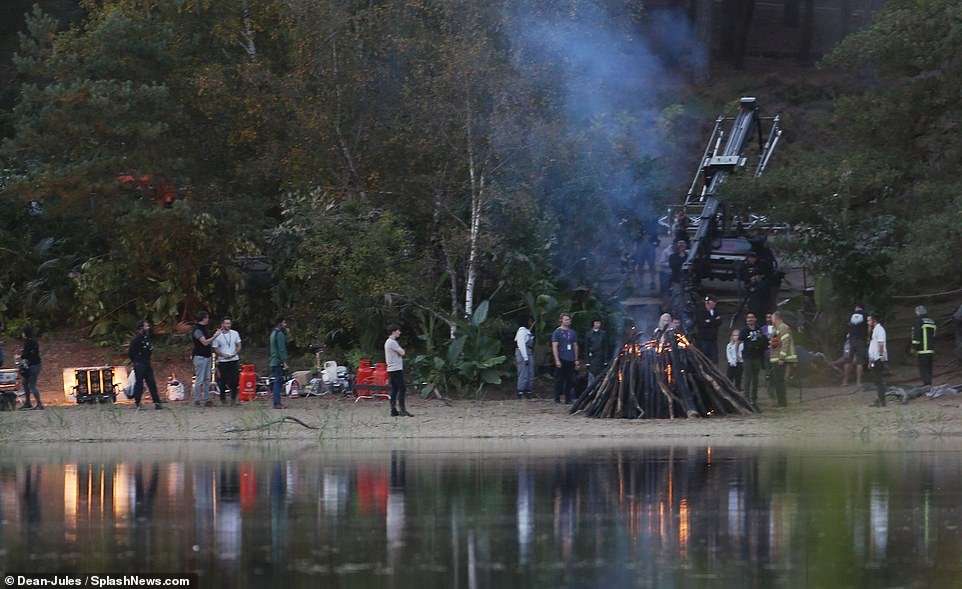 The shoot for the new Angelina Jolie Marvel Movie, Eternals, has officially begun. And with that, Jolie is taking on her role as Thena exceptionally well. This role will cast her as a member of the superhero group. According to reports, we will also see the actress in a completely different look. New images from the film’s set have also emerged online. And as evident from them, Jolie wears a flowing blonde wig as Thena. She also looks completely different from her usual self in the wig. 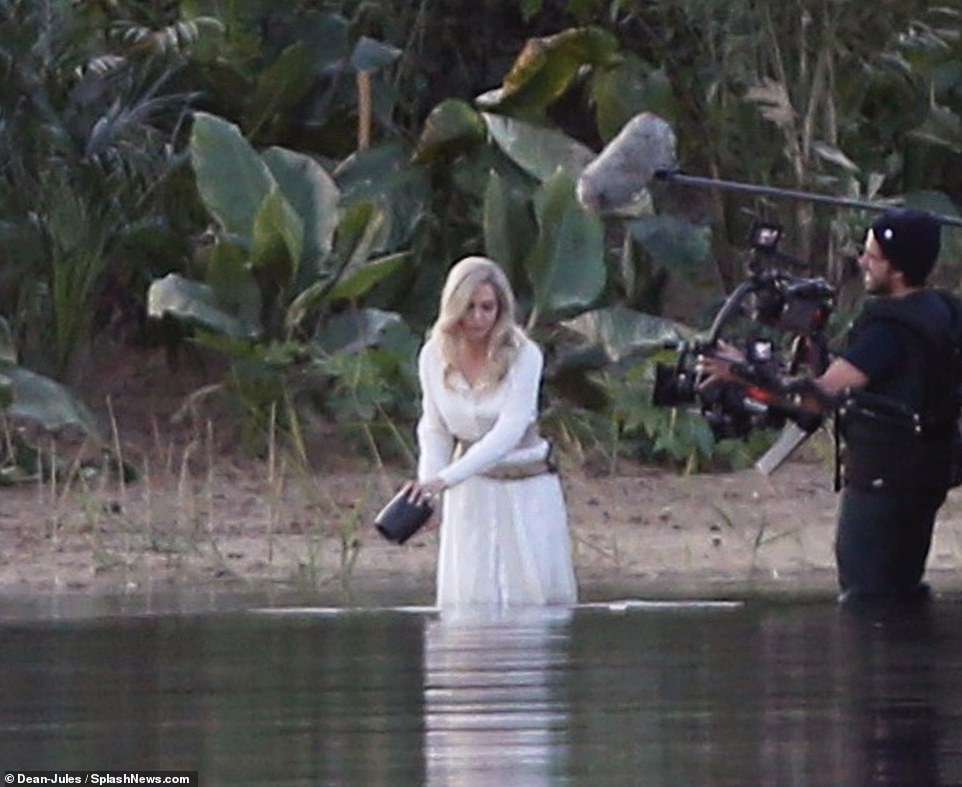 In one of the scenes from the upcoming Angelina Jolie Marvel Movie, the actress is wearing a white dress. She also wades out into a lake in England in the scene. She is seen scattering some ashes into the lake. The actress is also looking stunning in the new get-up. But we do not know why she is scattering the ashes. Also, there is no information of who the ashes belong to, as of now. 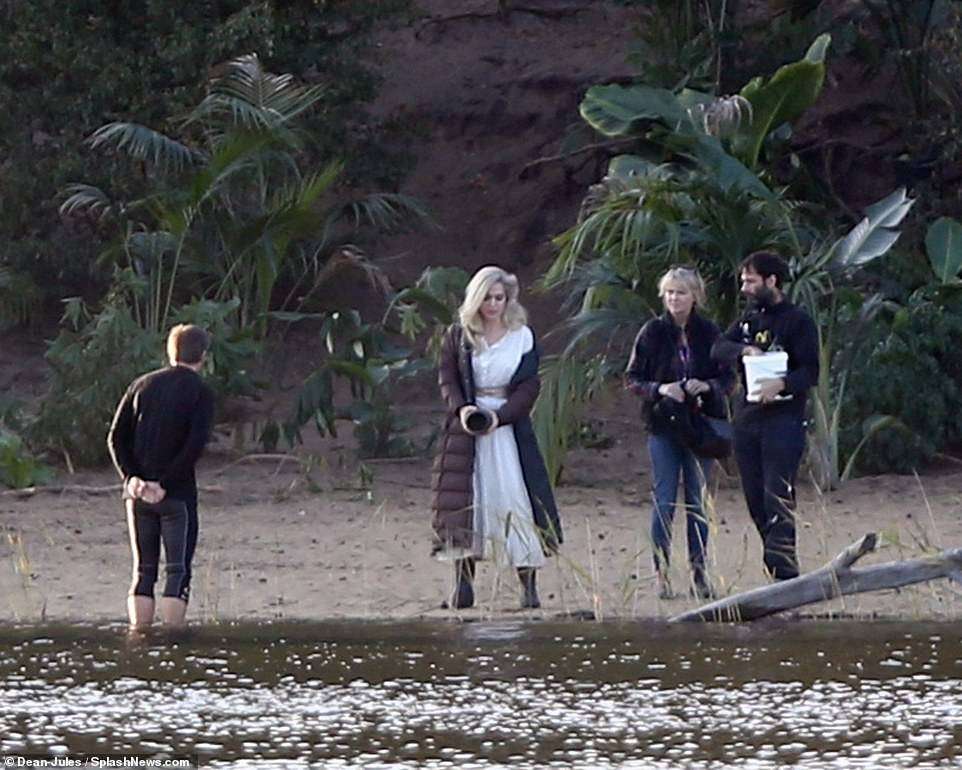 All throughout the scene, the actress is seen surrounded by the film’s crew. She also wears scuba diving shoes to walk into the water. Subsequently, she also surveys the footage once she is back on dry land. 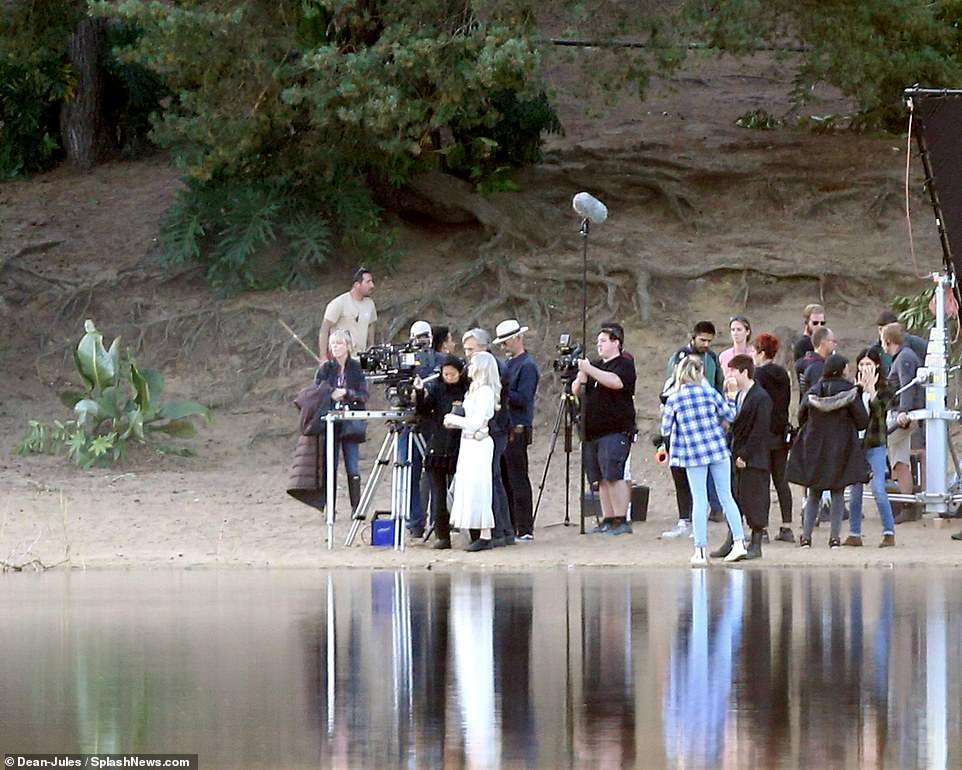 The actress made some comments about the film during the 2019 San Diego Comic-Con. She also stated that she is excited to be a part of the MCU. In another statement, she says that she is working very hard on her role.

Actors’ Comments About The Angelina Jolie

More About The Angelina Jolie scene in Eternal:

As of now, the reason behind this dramatic ceremony in the film is still unknown. It will also be interesting to find out whose ashes Jolie’s Thena will be scattering in the film. Titled “The Eternals”, this Angelina Jolie Marvel Movie will be the twenty-fifth film in the MCU. 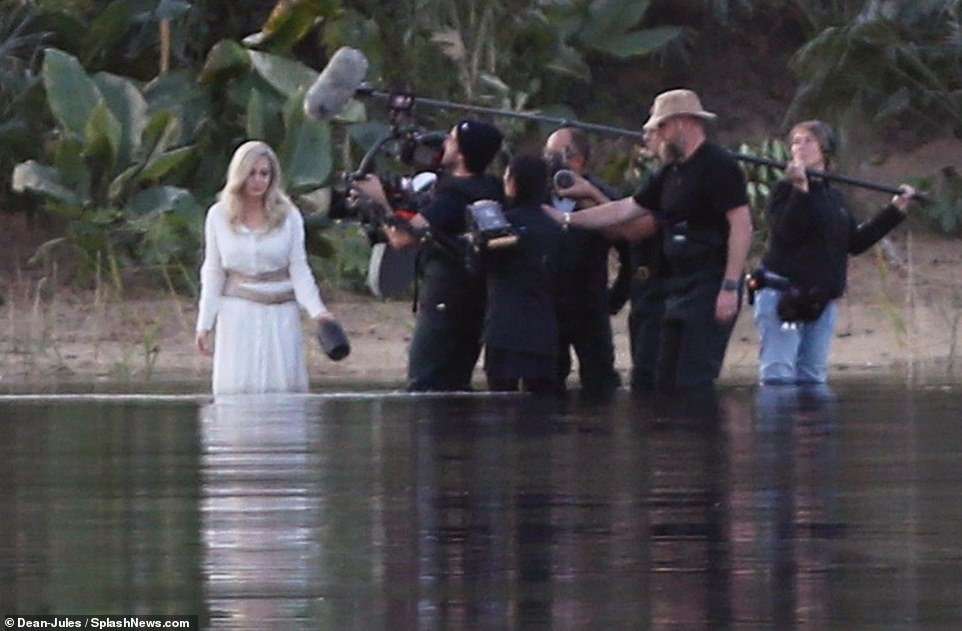 The story will span thousands of years. The Eternals are an immortal alien race who will protect the human race. They will be helped by Thena, Angelina Jolie’s character in the film. They will save humanity from their evil counterparts, the Deviants, in the film.

The Eternals will release sometime in November 2020.