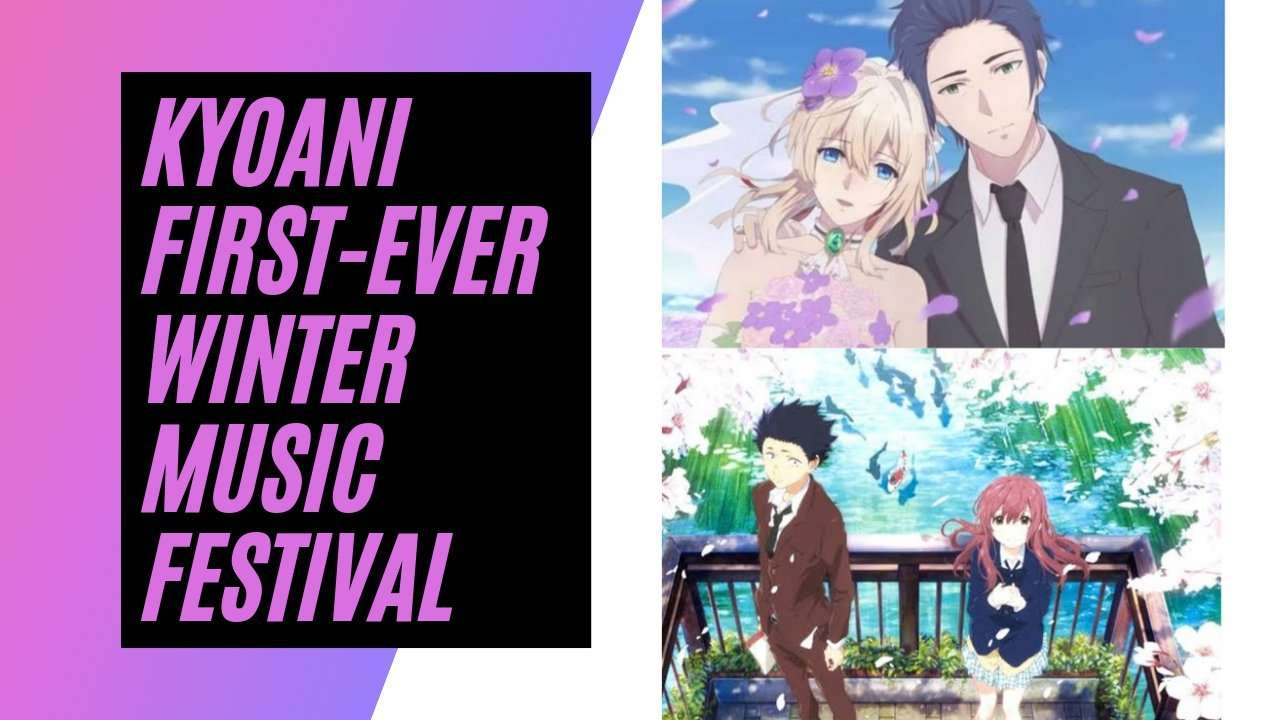 The Japanese animation studio, Kyoto Animation is highly well-known in the industry as well as the fan community for its quality anime films and wonderful stories. Receiving acclaimed credit for producing works such as Violet Evergarden and A Silent Voice, the studio has firmly established itself as a major powerhouse in the slice of life and seinen genre.

KyoAni is much loved by fans and this is evident in how the fan community has shown appreciation for the studio through thick and thin and the fans even raised an incredible amount to donate to the studio. Thus the studio came to organize a “KyoAni Thanks Event” to express a heartfelt ‘Thank you’ to the loyal fans.

The previous ‘Thank you’ event took place in 2017, so it’s been four years of waiting. But it’s finally paid off as the event will be held again this year!

When Will the KyoAni Winter Music Festival be Held?

Recently, Kyoto Animation made an announcement for the first-ever “KyoAni Music Festival,” inspired by the theme of inspiration for Future. The music festival is set for live streaming from 20th to 21st November at Rohm Theatre, Kyoto.

What Can Fans Expect From this Event?

Kyoto Animation is highly known for organizing a plethora of activities including talk shows, exhibitions, brass band concerts, and orchestra, but this year it will be a Live Music fest for all the fans.

A short teaser was released for the upcoming event and it seems we’ll be getting a live music festival, a prominent sign that Japan is taking gradual steps to step out of the pandemic. The event also marks a hopeful moment for many anime fans worldwide who could not attend any fan events in 2020.

As we’re almost halfway through with 2021, hopes are high for many more anime events like this.

The fandom largely expects performances from Aiko, True, and The Who because they were the singers involved in the theme songs for Violet Evergarden, A Silent Voice, and various other previous KyoAni works.

The last ‘Thank you’ event was originally scheduled for 2019; however, as a result of the infamous Kyoto Arson case, the event was instead removed and memorial services were held in its place for those who passed away. And after that, the pandemic caused a whole rupture everywhere so we again saw no event in 2020.

Kyoto Animation will announce the availability of tickets, performances, and guests and if there are any new updates, we will be sure to update you!

All things considered, this is going to be a very unique experience and we can’t wait to see how the event will play out. This music festival is definitely going to be the biggest anime event of the winter and a major moment of highlight for many fans!

Advertisement Read this article to find out more about Jujutsu Kaisen chapter 203, its release date, spoilers, and other details. About Jujutsu Kaisen The plot of Jujutsu Kaisen centres on Yuji Itadori, a high school student who, after becoming a vessel for Ryomen Sukuna, enlisted in a secret organisation that seeks to end all curses…

Advertisement Here is everything you need to know about Edens Zero Chapter 211. About: Edens Zero Edens Zero is an ongoing Japanese shōnen manga series with Hiro Mashima serving as both its writer and illustrator. The series is set in a fictional space-faring universe called Grand Shiki Cosmos. Several species inhabit the place including humans,…

Advertisement Here is everything you need to know about Eleceed Chapter 224. About: Eleceed Eleceed is an ongoing manhwa series written by Son Jae-ho with Zenha serving as the illustrator. The series follows the story of young man Seo Jiwoo with quick reflexes who crosses paths with Kayden, a secret agent on the run but…