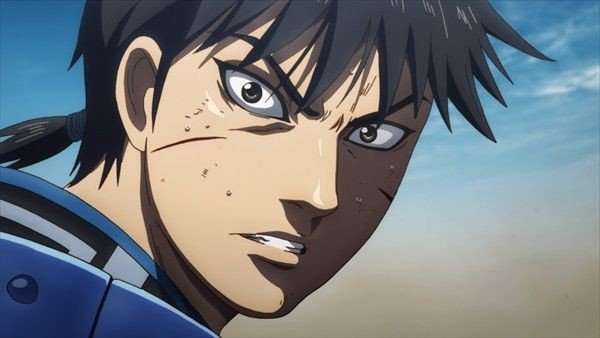 What a packed chapter this was! We got to see a brief scene of Renpa as Zhao politicians considered having him return as Commander-in-Chief. But ultimately, it’s Riboku who makes the final cut. What will this mean for the impending Riboku and Kanki clash? If you’re curious about Kingdom Chapter 702, head down below to find out more.

Kingdom Chapter 702 is scheduled to release on Sunday, December 5th, 2021.

The chapter begins with the civilians of Zhao at Zhao’s capital, Kantan erupting into rage at the news of the deaths of their fellow people after the annihilation by Kanki. Many families are shown grieving the loss. They angrily promise retribution as some of them talk about enlisting for the next battle and making the Qin soldiers suffer the same fate.

The next scene cuts to Zhao’s prime minister who is having a meeting with his men as they wait for his commands. They worry that the Qin army will soon reach Kantan since they’re already on their way to take over Bujou and Heiyou after defeating Kochou. Kansou then speaks up saying there’s no need to worry as they won’t reach Kantan easily. Not only the soldiers’ military might, but the civilians’ rage will surely have solid impact in fending off the Qin army.

He says that their actual worry should be the wealthy merchants planning to flee Kantan with their capital. And if they flee, the rest of the population will do the same. So he suggests closing the main gates fast to prevent the people from fleeing. When one of the members of the meeting states that he heard Kansou himself was planning to leave Kantan, Kansou replies in the affirmative. He justifies it, saying that the elite people are different from the civilians outside.

However, prime minister Kaku Kai is quick to shut down their plans to flee as he says that there’s no point in fleeing because even if they get to save their lives, their authority and status would disappear and they would lead insignificant lives.

Then, they discuss who they should appoint as the Commander-in-Chief now that Kochou is dead. It is at this moment that a dispatch returns from Chu saying that the Great General Renpa will be returning to Kantan. However, Kansou and Kaku Kai don’t wish for him to return and thus tells Ensei that Renpa’s return has been denied.

When Ensei raises questions and requests to have an audience with the king, Kaku Kai says that he’ll talk with the king again and try to convince him. But in actuality, he means that Kansou should get rid of Ensei since he’s causing a ruckus. When Kansou asks who they should bring in to replace Kochou, Kaku Kai replies that as much as it angers him, they’d have to call in ‘that man’.

So a horse was dispatched from Kantan to Seika. And thus, one of the three Great Heavens of Zhao, Riboku finally made his appearance to play his role in defending Heiyou from Qin’s clutches. The chapter ends with a final panel that implies an impending battle in a year, between Zhao and Qin led by Riboku and Kanki respectively.

What Can We Expect From Kingdom Chapter 702?

There are no official spoilers yet. But we can expect the intensity level to be raised even higher as there are high chances we’ll get to see an all out Riboku vs Kanki confrontation.

Where to Read Kingdom Chapter 702 Online?