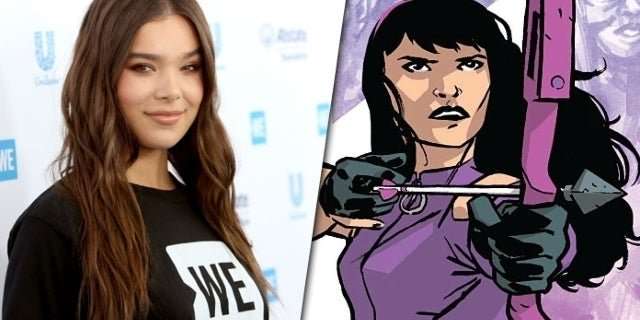 As the final months of 2021 wear on, it’s safe to say that people will remember this year for many things. In the context of the Marvel Cinematic Universe, 2021 will go down as arguably its biggest year on television up to this point. Disney+’s first offering, “WandaVision,” started the year off strong, with “The Falcon and the Winter Soldier” keeping the momentum going.

Once its six-episode run came to an end, it passed the baton to the multiverse-scrambling “Loki,” setting the stage for its successor: the animated anthology series, “What If…?”

“What If…?” wrapped up its inaugural season in October, but it didn’t close the book on the MCU’s Disney+ entries for 2021. Rather, “Hawkeye” is tasked with ending the year on a high note when the show kicks off on November 24.

With all five of his fellow Avengers now stars of their own cinematic projects, Clint Barton (Jeremy Renner) is finally taking center stage for a solo adventure of his own. However, much like his companions have in their productions, Marvel’s resident archer is coming in with backup. “Hawkeye” will introduce Kate Bishop to the franchise, portrayed by Hailee Steinfeld.

As of this writing, we’ve seen a handful of teasers for “Hawkeye” that have given us an idea of what to expect from the MCU newcomer. Though many are already warming up to Kate Bishop, a recent clip of her in action has further sent social media into a frenzy.

Created by Allan Heinberg and Jim Cheung, Kate Bishop has been a regular on the pages of Marvel Comics for roughly a decade and a half. She has played a handful of roles in print, but she’s best recognized for her time under the Hawkeye mantle — being trained by Clint Barton himself to take the job.

This appears to be the part she’ll play in the MCU, having wielded a bow throughout various bits of “Hawkeye” promotional material. In fact, a clip of her doing just that posted by @timdogg98 on Twitter is what prompted fans to voice their love for the character.

@CARTERSBISHOP pointed out an interesting detail relating to the character, commenting, “SHE’S RIGHT HANDED AND LEFT HANDED I STAN AN AMBIDEXTROUS QUEEN.” They also added two pictures of Bishop holding her bow to demonstrate her not-so-hidden talent.

If this sample of MCU die-hards is of any indication, Kate Bishop will be a major fan-favorite going forward. It’ll be exciting to see what she’s up to on “Hawkeye” and beyond.

Advertisement The Trailer For The Infinity Saga Movies: The new era or Phase 4 of the Marvel Cinematic Universe is well on its way. It started with the release of Spider-Man: Far From Home. And now, MCU is taking a major victory lap with the new Marvel Infinity Saga box set. We saw the trailer…