Read on to learn more about what will be happening to Kaguya-Sama Love Is War Chapter 262 and when it will be getting released.

About Kaguya-Sama Love Is War

Aka Akasaka’s manga series Kaguya-sama: Love Is War is a rom-com. In May 2015, it began serialisation in Shueisha’s seinen manga magazine Miracle Jump. However, in March 2016, it was moved to Weekly Young Jump. Viz Media licences the manga in English in North America.

Miyuki Shirogane and Kaguya Shinomiya, both intelligent and strong, lead the famous Shuchiin Academy as near equals. Everyone believes they’d make an excellent pair. Given the abundance of pride and arrogance, it is only natural to dupe the other into going on a date. Who will triumph in this psychological battle in which the first move is the only one that counts? 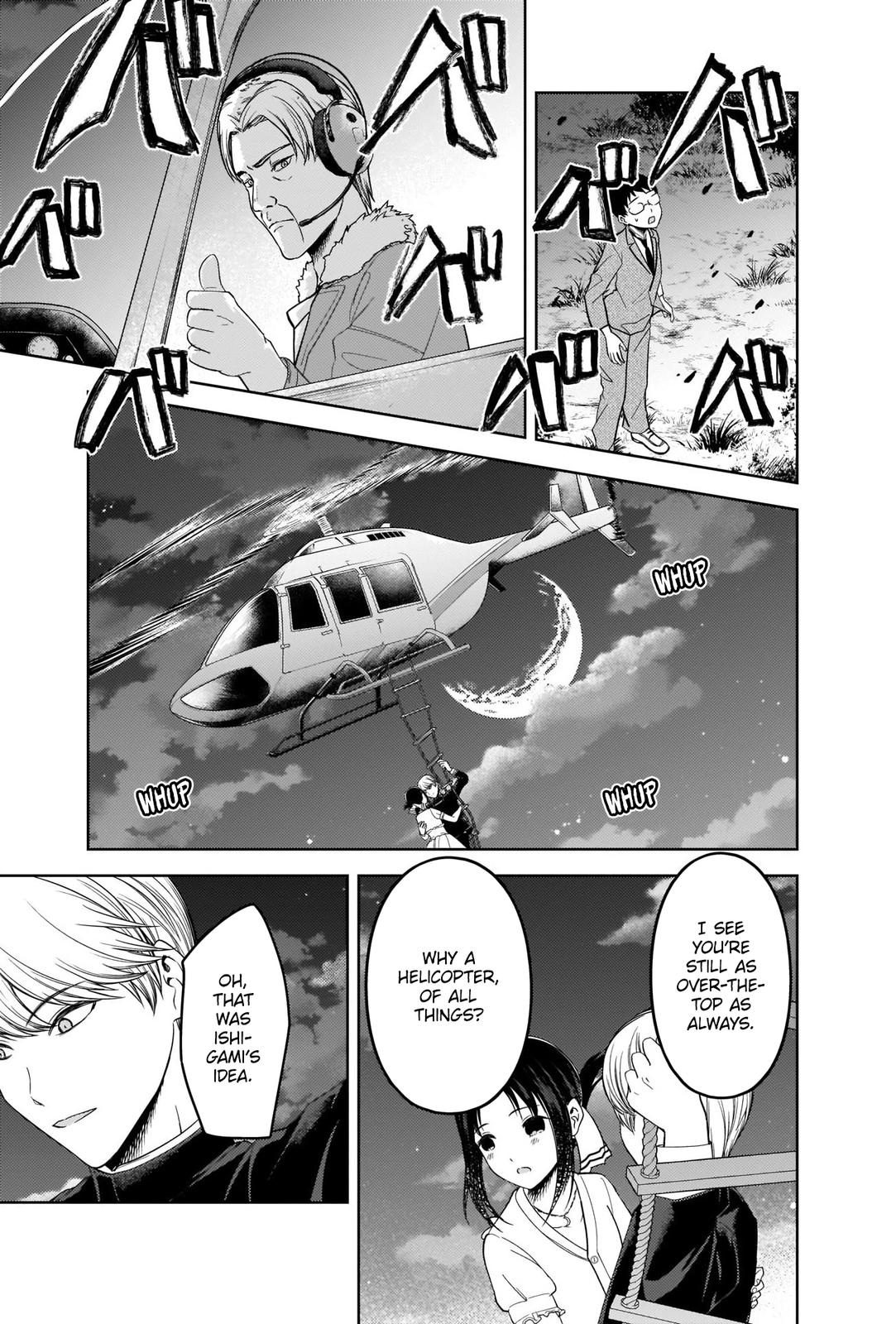 Kaguya and Miyuki’s reunion was ultimately revealed in Chapter 261 of Kaguya-sama. Having a reunion on a helicopter ladder may be cringeworthy, but Kaguya-sama has never claimed to be anything other than outrageous.

Miyuki and Kaguya eventually speak openly about their affection for one other. They’ve both believed themselves to be unlovable for years, yet they’ve felt safe with each other.

Kaguya ultimately admitted that she was the one who coordinated for money to be provided to Miyuki following their alleged separation. Instead of trying to recompense him or caution him to keep away, Kaguya had hoped that Miyuki and the student council would not abandon her. 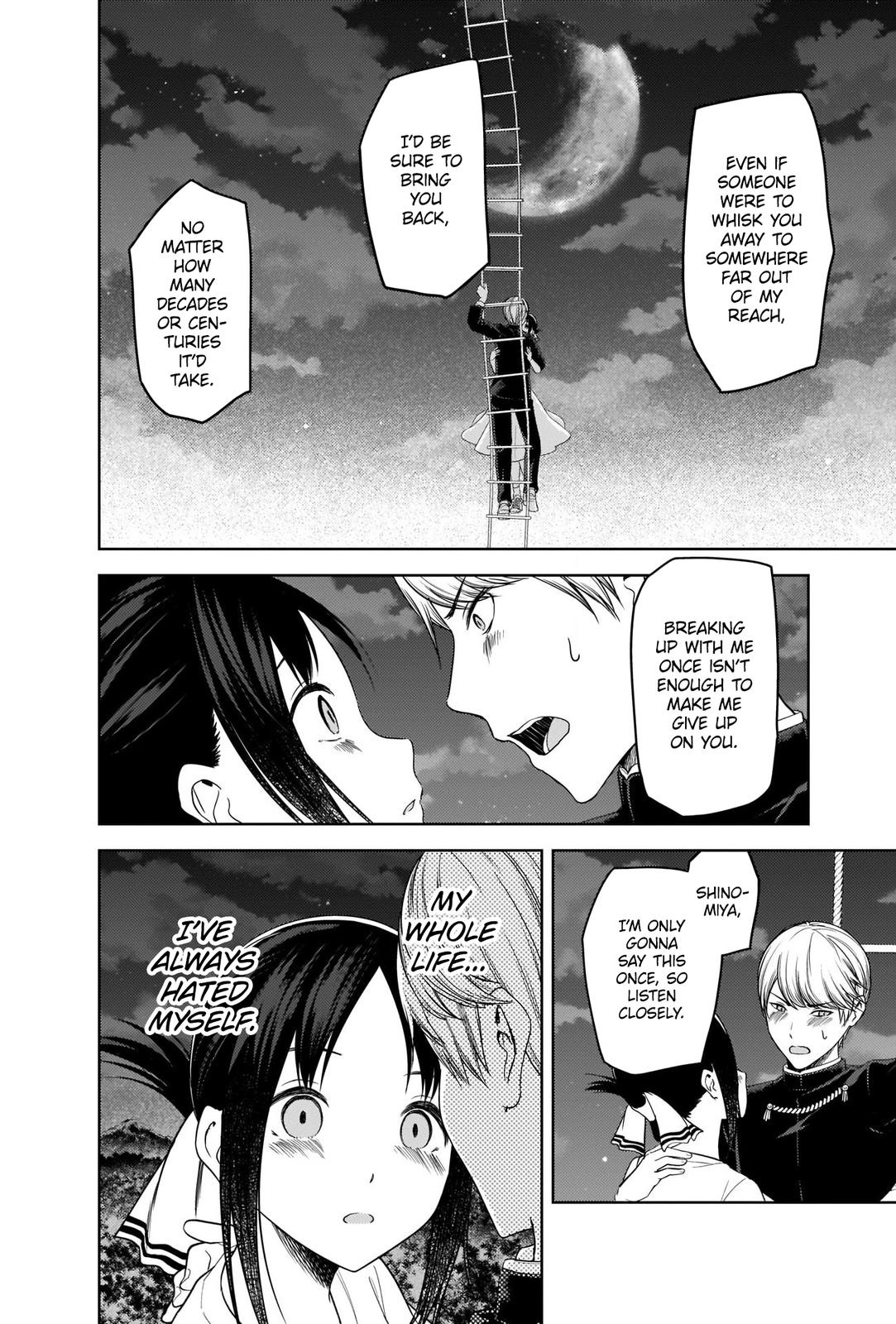 The spoilers for the upcoming chapter of Kaguya-Sama Love Is War have not been released to the public yet. They will probably be released around 2-3 days before the official release date.

Kaguya-Sama Love Is War Chapter 262 is expected to get released on the 6th of May 2022. But for fans in North America and Europe, they will be reading it a day earlier.

You can read all the three latest episodes of Kaguya-Sama: Love is War for free on Viz. However, to read the entire manga, you need to get a monthly subscription. 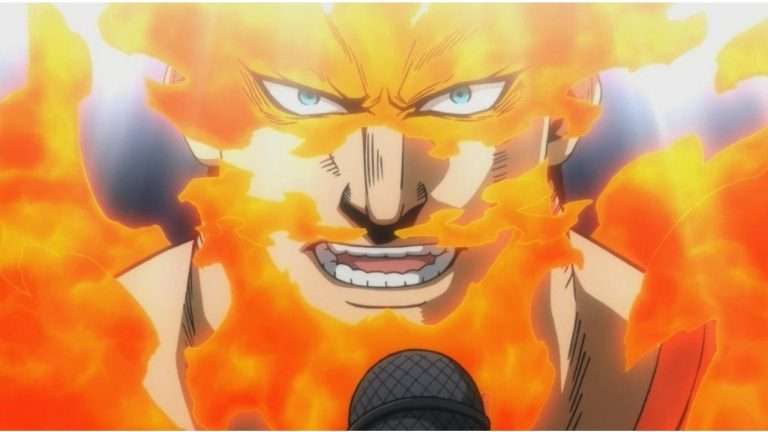 Advertisement Enji Todoroki, better known as Endeavor, took over as the number one hero in Boku no Hero Academia after All Might’s retirement. Now it is his role as a symbol of peace in the midst of the worst crisis that superpower society has ever experienced. However, how powerful is he? Endeavor was always the most powerful hero…