As fans of Jujutsu Kaisen know, Itadori and Todo were actually each other’s opponents at first. Now, seeing them forming such a close bond is very cute to watch. Fans are very supportive of this friendship and the amazing teamwork they share is just another wonderful bonus. Read on to find out more about this dynamic partnership!

Initially, they were on opposing sides at the Jujutsu Tech’s Exchange Event, but this did not deter them from noticing each other’s good points. There’s a sense of understanding between them from the very start. Jujutsu Tech’s principal orders his students, including Todo, to kill Itadori during the event because Itadori is Sukuna‘s vessel. Todo is the only one among the students who declares that he will judge Itadori on his own.

When Todo encounters Itadori on the battlefield, and they throw punches at each other, Todo is immensely impressed by his strength. This was their first meeting. Later on, they start calling each other best friends and Todo becomes a very supportive companion to Itadori because he helps him with the Black Flash technique and tells him more about Cursed Energy.

Why Is Their Teamwork So Impressive?

They work so well together because of how similar their combat styles are. They have great physical strength and both are natural brawlers. Todo’s Boogie Woogie is a Cursed Technique that allows him to swap the locations of two objects or two people, who also have Cursed Energy. Indicating a great level of unspoken communication, this duo uses this technique to defeat Hanami. This is one example where they demonstrate amazing teamwork.

Todo’s Teachings Are A Huge Source of Itadori’s Improvement! 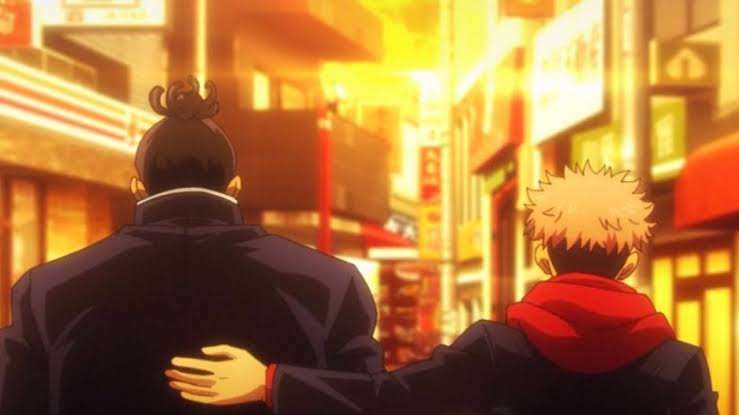 As soon as they became friends, Todo took it upon himself to assist in Itadori’s growth and help release his potential. At their first clash upon meeting, Todo tells Itadori of the Black Flash Technique which is near impossible to release at will, and which can only be performed by a few sorcerers. But when Itadori releases four in rapid sequence, Todo is extremely impressed and proud of him.

However, their bond is much more than their combat teamwork. Personality wise too, Todo is a great fit for Itadori and he constantly supports and pushes him to do better. Similarly, Itadori is someone who inspires Todo. Without a doubt, this friendship is one of Jujutsu Kaisen‘s best aspects!