For the fans, the excitement for Jujutsu Kaisen Chapter 169 is over the roof. And frankly speaking, they’ve all the reasons to be. The past few chapters were hyper-focused on Higurama and Itadori. Now, the time has come for the fan-favorite Megumi to shine and let’s be honest, he was spectacular in the last chapter.

With the introduction of an eccentric joker-like character by Megumi’s side, the stakes are high and funny. It will be interesting to see what this new character is able to bring on the table. To know more about the release details of the next chapter, scroll down and have a good look.

If all things go well, Jujutsu Kaisen Chapter 169 is all set to release on December 19, 2021. But, there is a slight chance that it might get delayed just like Chapter 166 and Chapter 167. However, let’s hope for the best.

A Recap of Jujutsu Kaisen Chapter 168:

The chapter kickstarts with the fight between Iori (a friend/subordinate of Reggie) and Megumi. As Iori surprisingly charges megumi with a flashy bomb, the boy finds himself in a tight position. Regardless, he is able to evade the attack with minimal injuries. 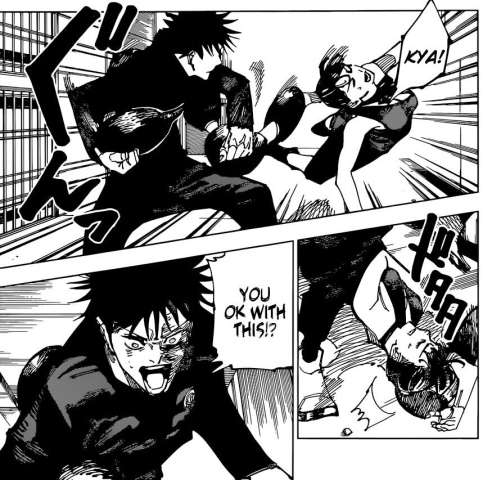 But on the other side, Remi tries to attack him too. Megumi easily counters her attack and asks her whether she’s okay with all this chaos. At the same time, Iori strikes again and this time he’s able to inflict quite a heavy damage to Megumi.

While Megumi was able to escape Iori’s fierce fiery attacks, he’s appalled by Remi’s helplessness. His disgust towards her reaches to a point where he even calls her a scum. On the other hand, we see Chizuru greeting Megumi as he tells him that it wasn’t easy to climb the building after he was thrown off.

In midst of all this, an announcement is made stating that a new rule was recently added. To that, megumi responds with a sly smile and attacks Chizuru with his Elephant shinigami. And that throws him off the building once again.

The Change In Megumi:

But what happened next was something that caught all of us off-guard. Megumi kills Chizuru and takes his points for the sake of Tsumiki. Although he took care of the old man, Reggie and Iori were still there standing in his way. 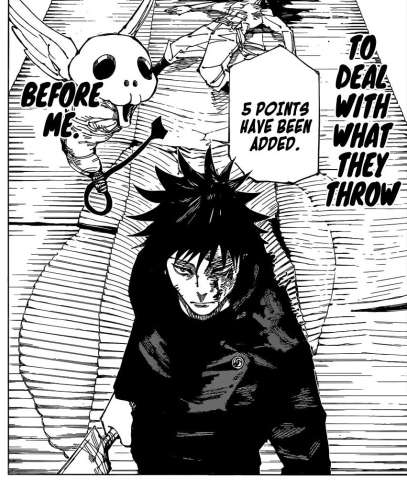 With odds against Megumi, he tries to think of a plan to get out of this dire situation. As the boy is trying to come up with a plan, Iori once again tries to use his fiery attacks but this time it wasn’t of any use. The reason being that a gentleman took his attack face-on; yes, you read that right.

Enters Takaba Fumihiko while mumbling about how cowardice of an act it is to team up against one person. As a matter of fact, he didn’t receive any damage either, but that wasn’t the only strange thing about the man. He also had quite a fashionable outfit with a gentle creepy smile. Not going to lie, that scene made the whole scenario more intriguing and enchanting to an extent.

What Can You Expect From Jujutsu Kaisen Chapter 169?

We are going to witness quite an amazing character in Jujutsu Kaisen Chapter 169. And I am feeling pretty confident about it, maybe we will get to see a great fight between the two teams as it’s evenly balanced now. 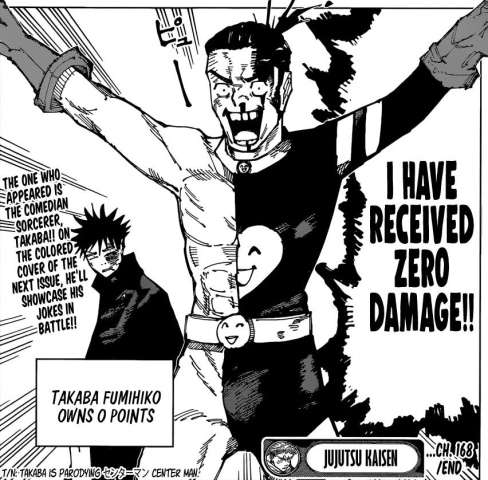 However, from the last page, one can infer that Megumi is in shock and confusion at the same time. Maybe we will get to see more emotions from Megumi’s side as Fumihiko unravels himself.