Juhi Chawla 5G: Bollywood actor and environmental activist Juhi Chawla has sought a scientific study on the effects of 5G. Her petition demands this before 5G’s official implementation.

The 53-year-old actor has recently filed a petition in Delhi High Court with a request for a study on the adverse effects of radiation from 5G technology. Chawla directed her concerns on the ‘health, life, organ or limb of adult or child, or to flora and fauna.’

Juhi Chawla herself said that she is not against technological advancements at all. But the radiation from 5G could be extremely harmful to people. Chawla demands the concerned departments to conduct further research as a result of being an activist for the environment.

Chawla’s spokesperson said that the petition requested the Indian Council of Medical Research (ICMR), the Central Pollution Control Board (CPCB), and the Telecom Regulatory Authority of India (TRAI) to certify the safety of all living beings. It also demanded a study that confirms the safety for the future.

The petition stated, “These 5G plans threaten to provoke serious, irreversible effects on humans and permanent damage to all of the Earth’s ecosystems ”. Further, it added an example of Brussels in Belgium.

The statement claimed that Brussels became the first major city in the world to halt 5G in 2019. Chawla’s petition is reported to be taken up on June 2.

Chawla’s petition is filed through advocate Deepak Khosla. Khosla stated that the Ministry of Telecommunications has stated that no studies have been conducted with regards to Radio-frequency radiation. However, a Right To Information (RTI) query for the conduction of studies already came back in March 2019.

1/2 When I think about my children,I think about the world we dwell in,I think about will they have to walk around in masks for the air will be toxic,will they be devoid of clean drinking water,will they know the feeling of gazing the sky while lying down on the grass in a park? pic.twitter.com/12zwuMzR4a

What is the 5G or Fifth Generation?

It aims to provide citizens with better network speed and strength. In 5G, every carrier has developed its own technology. 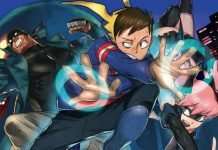 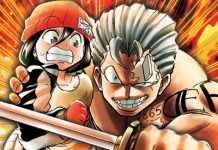