The News Fetcher
Home TV Disney + Is Steve Rogers Really On The Moon? 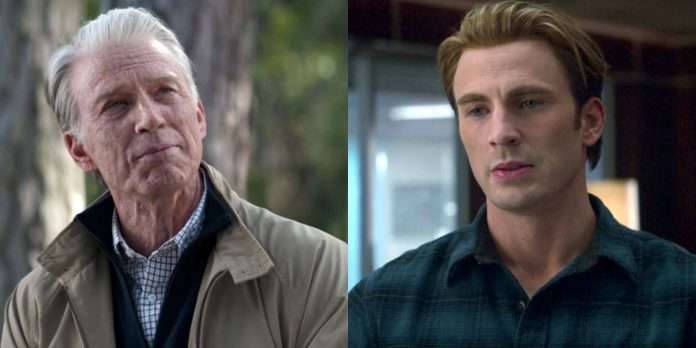 Before we are hundred percent sure that this is crazy, let us tell you something, let’s not eliminate the fact that Steve Rogers is on the Moon.

That’s what Falcon and Bucky told us in the show. Both Sam and Bucky are sure that Steve is gone and that his opinions don’t matter anymore.

For a minute, we thought maybe that’s it and gave up thinking that Steve will come back, but we can’t lose hope. It’s a fictional universe; anything can happen at any time.

There are chances that gone could mean many things. Like Falcon could’ve just said that to indicate that he is not in the superhero scene anymore.

They sure do have a big museum about him, but we are still not convinced that he is dead.

Are the Avengers lying about Steve Rogers?

Yes, they are, and we know that. They lied that Steve Rogers died in the battle, but we very well know that Steve was alive and well and chose to live a normal life when he went into the quantum realm, making it harder to explain to people why he is suddenly old.

I mean, he was old from the beginning, but he didn’t look like it. Anyway, we had doubts about what will happen to the old Steve in the MCU, but suddenly, in the TFAWS, we were informed that he is gone.

While the people have been having interesting theories about Steve Rogers, the most interesting one is the one that is running on the screen.

From the beginning, thanks to Joaquin, we heard this rumor that Steve Rogers is living on the Moon. Many think that this might be true.

Nick Fury, who is notoriously known to keep things secret, is said to have Steve with him on his vessel. We have no idea where he is, but we saw him in the end credits of “Far From Home.”

There are significantly fewer chances that Steve Rogers is dead. The event in Falcon and the Winter Soldier takes place very close to the events of Endgame so, how did he die. Cap came out well from the machine, right?

If he is dead, why isn’t there a gravestone? Because if there was one, we know Bucky or Sam would’ve gone there at least once.

Guess Who Is Returning For Thor: Love and Thunder?