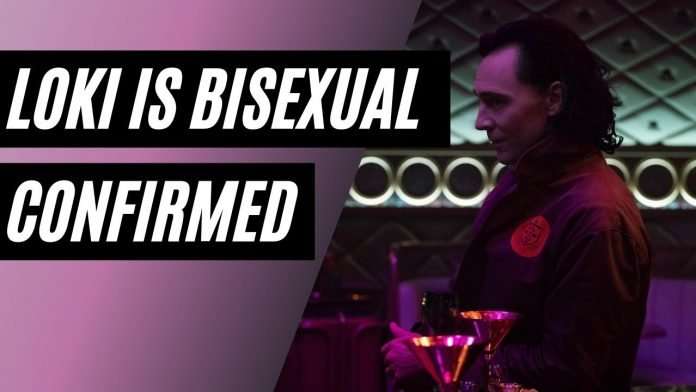 Many Marvel fans unfamiliar with the comics don’t know this, but the character Loki is queer and always has been.

Known as everyone’s favorite shape-shifting God of Mischief, Loki was written as gender-fluid in the Marvel comics. Now their identity has crossed over to the Marvel Cinematic Universe as exactly that, just in time for Pride Month.

In episode 3, we see Sylvie asking Loki if there is any princess waiting for him in Asgard or maybe even a Prince. To which Loki confirms that he is bi-sexual.

Sylvie: Or may be a prince?
Loki: A bit of both. I suspect the same as you. But nothing ever..

It wasn’t ever declared in the movies, but there has been no opposite-gender romantic relationship between Loki and anyone. There has been no romantic link with anyone of the same gender, either.

Basically, until Ragnarok, the lack of a romantic link makes complete sense. Who’d have him? Who on any worth would take up with that?

In a 2014 Marvel comic called Loki: Agent of Asgard, Odin refers to Loki as “my son, and my daughter, and my child who is both” to indicate gender fluidity and more importantly, his love for Loki just as they are.

Additionally, Al Ewing, who wrote the comic, explained that Loki is a bisexual character. Drawing from Loki’s queer origins within Norse mythology, Ewing wanted to ensure that a key part of the character’s story wasn’t being ignored.

In the myths, Loki turned into a mare – a female horse. He seduced and was made pregnant by the stallion Svaldifari. He gives birth to Odin’s eight-legged horse, Sleipnir.

On that basis, the greatest respect to Norse gods – Thor and Odin have a new temple being built for them in Iceland – might be to give Loki a shapeshifting experience of giving birth to an eight-legged horse.

Except they’ve already killed Odin and didn’t do it with Ragnarok which Thor isn’t supposed to survive either. So who would ride the eight-legged horse?

And also except another thing, Sigyn, his wife. When he’s buried and a snake is dripping venom on him (kind of a big thing at the time), she holds a bowl to catch the venom. When she has to empty it, venom drips on him and that causes earthquakes. Loyal.

Loki is a bi-sexual. At least that is what we could make out of Episode 3 for now.

Loki can be streamed on Disney + every Wednesday.