The News Fetcher
Advertisement
Home Loki Is Kid Loki The Mega Villain? Something About Him Screams Evil

Every Loki in there was brought in when they went totally against what they were supposed to do.

Like becoming good or doing something so devious, Classic Loki and our 2012 Loki had a change of heart, but 2012 Loki was bought in mainly because of the chaos he was about to cause.

If you look at it, the TVA’s only goal sometimes looks like collecting all Lokis.

While we have no idea what the true reason Thor-Loki was brought in, he clearly seems like a fool among them, and god knows how he became worthy to lift Mjolnir.

But the only one that was brought in who changed everything and had done no Loki has done before is, Kid Loki.

Well, that’s why they bought him in, but he has done something far worse than kill him. If you look at the bunker while 2012 Loki is entering in, you get to see the wall in the back.

And on the wall, you can see buried deep inside is Mjolnir and a glass bottle which has Thor jumping inside.

Now, this is far worse than just him killing Thor. We don’t know how TVA missed this, but they are just a bunch of brainwashed fools so, it’s easy to do that.

Anyway, keeping him in a jar when he could just kill him is worse, so this just screams evil.

Is Kid Loki the creator of TVA? 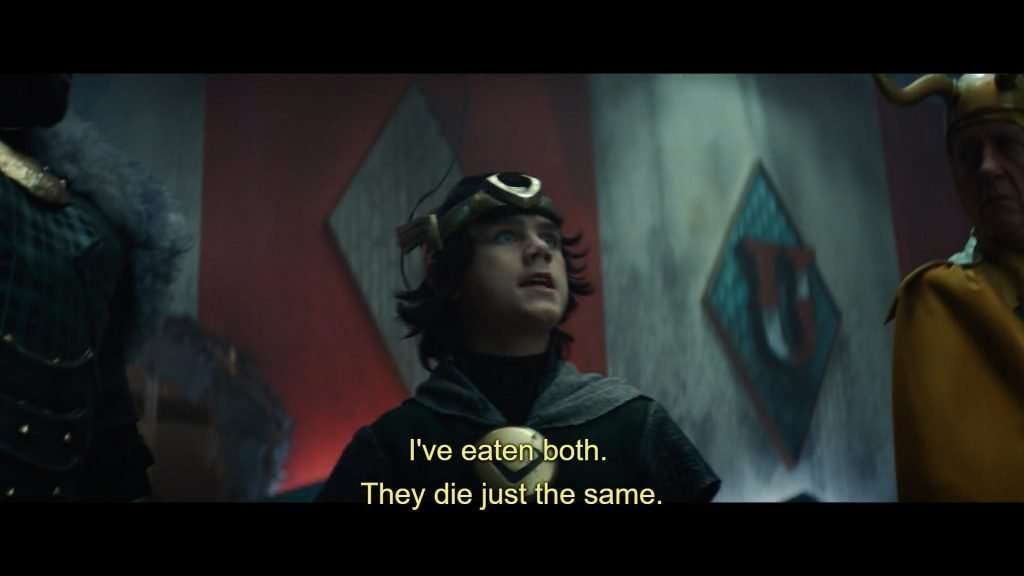 Every other Loki in there, even the one that has lifted Mjolnir, have not touched Thor. All they have done is pull pranks and cause trouble, and no one ever had the power or craftiness to pull off killing Thor.

Even though Kid Loki looks all calm and quiet, he may not be who he says he is. He also rejected the choice of getting out.

He is young and has a whole life ahead, why wouldn’t he go out?

Also, in the end, it was only Classic Loki who came to the help of Loki and Sylvie. Kid Loki just didn’t do anything.

We have a feeling that it may be him who is responsible for everything. After all, Mobius suspects about the Alligator too, and the only one who is roaming around with it all the time is Kid Loki, so maybe there is a small chance that Kid Loki is the mastermind behind all this.