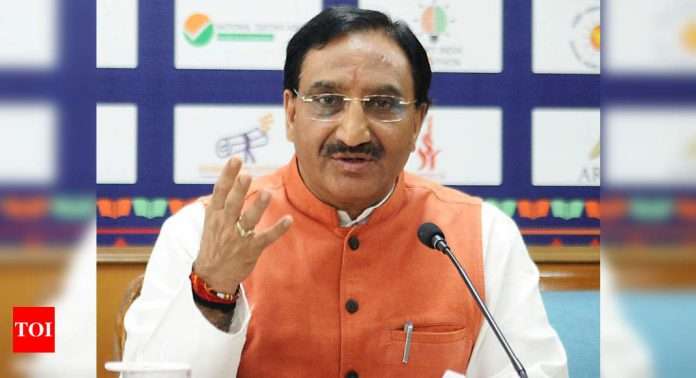 The year 2021 has been a huge battleground for many students. Online classes and exams have not been of any help and instead acted as a huge burden for many students. Unfortunately, they found it extremely hard to cope with academics and simultaneously combat the virus.

The Ministry of Education has been dealing with a huge dilemma during this pandemic. The department has to decide whether or not to conduct Board examinations for CBSE students.

During the early part of the year, everything was looking positive as the infection rates had been low. However, the coming of the second wave has resulted in a big crisis as the Ministry of Education hasn’t decided the best course of action.

Wishing for his speedy recovery. Hopefully our Education Minister will realise that exposing millions of students and their families to deadly virus is not a wise decision. #COVID19 #SaveLives #cancelboardexams2021 https://t.co/dhGz3vezid

In a rather surprising turn of events, the Union Minister of Education Ramesh Nishank Pokhriyal fell terribly sick. Currently, he’s undergoing treatment at the All India Institute of Medical Sciences (AIIMS) in New Delhi following some post-COVID complications.

He had caught the infection on the 21st of April and had resumed office after he recovered from the disease. Reports, however, inform that his condition is stable.

#RameshPokhriyalNishank
*Education minister- Exam will not be cancelled.
*Education Minister admitted in AIIMS due to post covid complications.
Le Covid to him – pic.twitter.com/f8I4EpiOIm

The Indian Education Minister had earlier asked for many states to send in their suggestions, which they did. They’re going to take a decision regarding the issue of conducting the Board Examinations for Class 12 students. This move came after the Supreme Court of India appealed to the Centre to take a decision following a plea.

Many Twitter users wished the Indian education minister a speedy recovery and requested to cancel the board exams. Many users also remarked that conducting an exam now would only lead to more exposure of people to the virus. It would also add to the burden of many families.

Feel free to share your opinion of what will happen regarding the CBSE Board Exams.

What is The Starting Song About In The Loki Episode 2?

Where Are The Time-Keepers? Loki’s Episode 2 Creates A Lot Of Confusion