The News Fetcher
Home Netflix How Will Geralt Meet Jaskier In The Witcher’s Second Season? 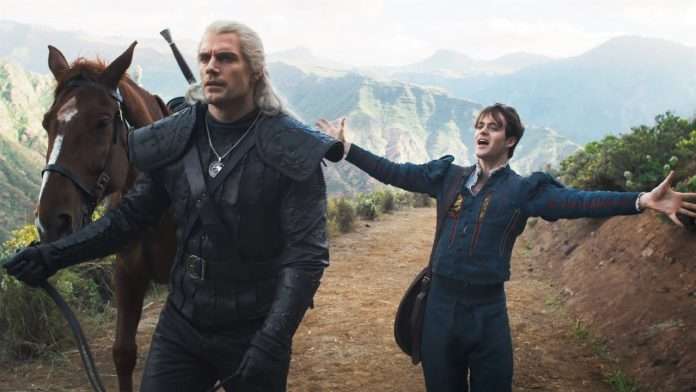 The last time we saw Geralt and Jaskier together, it didn’t end well, and many show-only fans have been wondering if they would meet again. Now the book or the video games fans know the answer to it.

Will Geralt ever meet Jaskier again?

This question which has been troubling many fans, created more doubts when reports suggested that Jaskier would have a minimal role in the second season.

Jaskier, our bard, has a significant role to play in the Witcher series. He is the one who adds cheesy and chaotic opinions to the otherwise dark series.

Fans even voted him one of the show’s favorite and crucial characters, even though he had significantly less screen time than the others.

Will Geralt ever apologize to Jaskier?

Well, Jaskier deserves an apology, but we don’t think Geralt is a guy who would go and apologize to anyone even if he is in the wrong.

But we don’t know. Maybe he might apologize to Jaskier because he was a little over the top there and very rude to him, and we very well know that there is a soft-natured guy under all that layer.

Kaer Morhen is Geralt’s next destination, and we hear that he will be seen in and around Oxenfurt. Jaskier has no business in these places, so fans have been wondering if they both will meet.

But some scenes put Jaskier in these places too in the books, we are yet to find out what our show writers have come up with.

How will Geralt and Jaskier meet?

Geralt will go to Oxenfurt to find out things about Ciri. One of these scenes will introduce Philippa Eilhart, who will play a significant role in the fight scene at Oxenfurt.

According to the books, Jaskier is also in Oxenfurt. Some unexpected events follow this meeting, and we don’t want to give out spoilers.

So, Jaskier may meet Geralt this way.

The next way is through Nenneke. Nenneke is a mother-like figure to Geralt, and she is also confirmed to appear in the second season.

According to the books, Nenneke knows Jaskier too and is not fond of him and has been very open about that, so there are chances that Geralt might meet Jaskier when Nenneke is making an appearance.

Either way, all of these are just theories. Well, no idea if they will meet. But, there is maybe a  chance that Jaskier sees Yennefer, whom he clearly is not fond of, and just complains to her about Geralt.

But don’t lose hope yet. According to the books, there is also this plot where Rience finds out and fights Geralt only when he finds that Ciri is under his protection.

That information doesn’t go to Rience that quickly; it goes because of Jaskier’s song about The Witcher guarding the Lion Cub of Cintra.

We will leave that plot too there because telling more would spoil it for you. If you want to know more, let us know in the comments.