The words Heart wrenching is a mild way to describe Tony Stark‘s funeral, but here’s something we never noticed before.

Well, all of us were probably ugly crying to notice this, but now that fans have made peace with the fact that Tony is no more, we got some new info.

If you see in the scene before Tony’s house, all of them are sad and are mostly on the verge of crying. But Thor, even though he is sitting well with the decorum, is no that sad. Fans have a theory as to why that is. 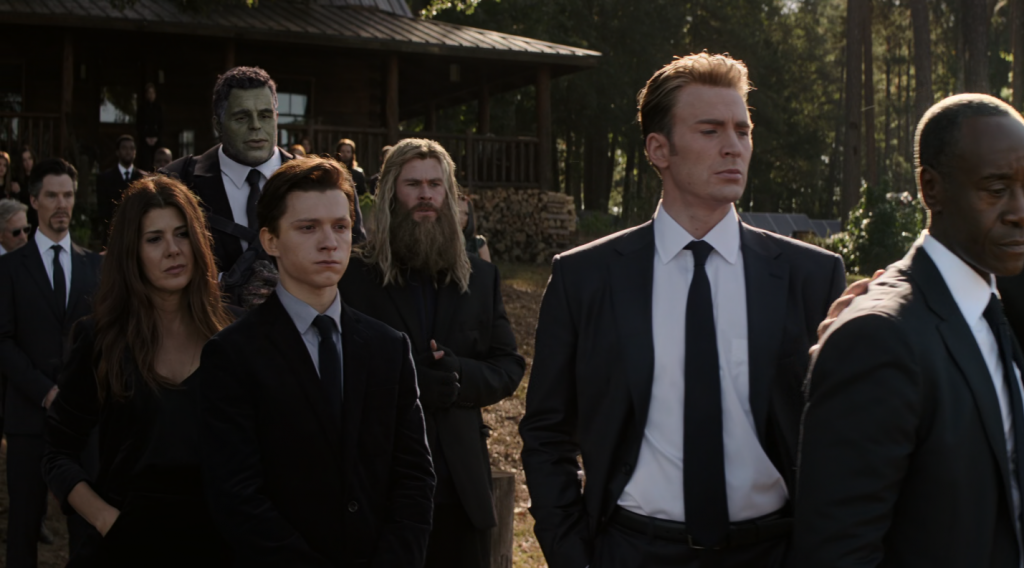 All the other Avengers cleaned up well and gave Tony the funeral he deserved. Thor, on the other hand, looked shabby and didn’t look that sad.

Is Thor Holding A Grudge?

One thing we learned about Thor from Ragnarok is that he is also a goofball like the others even though he is a Demi-God. 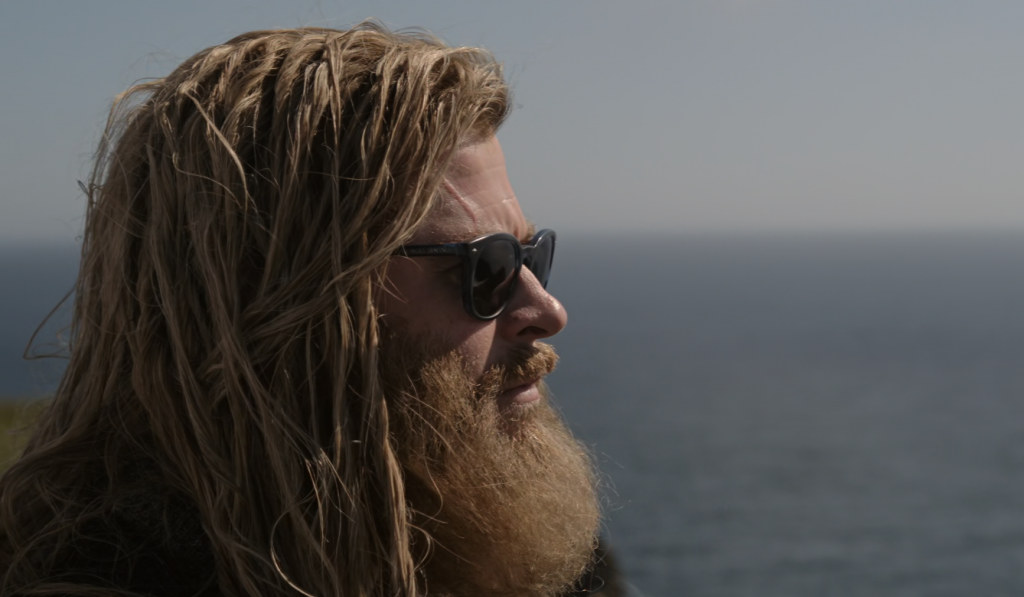 So, there is no way that he is angry or too depressed to show emotion. Now, one thing here is, according to Thor’s culture, death is not the very end.

Well, we saw what they did with Frigga. So, basically, that’s the reason why Thor looked dull but not sad.

Now, Frigga died in battle. She was burned as she was sent on the ship and what the Asgardians believe is that the dead people’s bodies turn into cosmic dust and enters Valhalla.

Now Valhalla is believed to be true because many believe there is Hel. Now the common factor in both these deaths is that even Tony Stark died in battle.

So, according to Thor, Tony has entered Valhalla and is actually having fun. The way he looked and how he jumped onto the ship with the GOTG gang means only one thing.

That is, he cannot wait to go on more adventures and say to Tony when he meets him there. He knows how much Tony’s sacrifice meant.

That’s why Thor decided to make sure his sacrifice doesn’t go in vain while making sure of that, Thor decides to go on adventures and tell Tony once he reaches there because we know that they are not immortal.

Okay, now, before you decide to ask too many questions, remember, this is just a fan theory that we found interesting and thought of sharing with you!

Nova Was Originally Supposed To Appear in Avengers: Infinity War

Filming for the first MCU Phase 4 movie is already underway