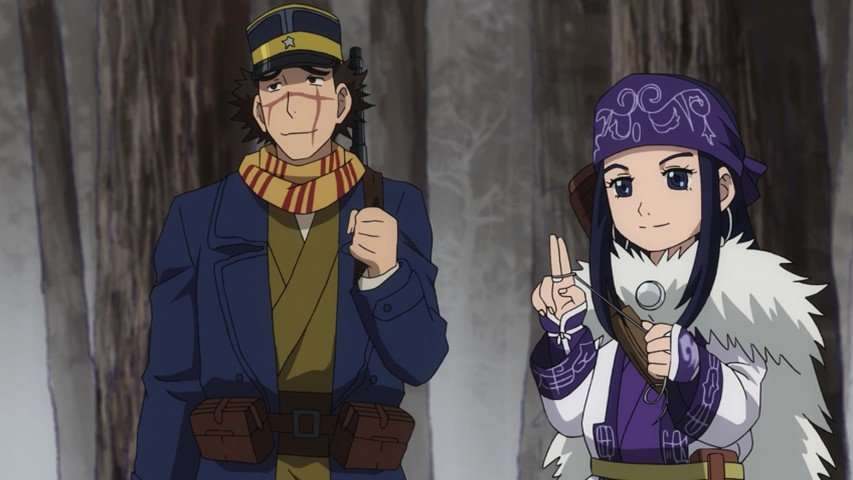 Golden Kamuy’s fourth season has been announced. We can’t help getting exhilarated how Asirpa and Sugimoto will entertain us with more mind-boggling surprises like in Season 3.

After Asirpa regained her memory in Season 3, she has become a target for everyone for reasons that are still being speculated about. Studio Brain’s Base has confirmed the next season and there are many aspects that we’re still unaware about.

Read this: The Beloved Historical Manga Golden Kamuy Heading For An Epic Conclusion!

The fourth season of the Golden Kamuy anime was been announced at a special cast event in Saitama. Though the release date wasn’t revealed, we can still get a good idea from the PV/trailer released by Studio Brain’s Base for the forthcoming season. Many credible sources speculate that the anime might get released somewhere in 2022.

Season 4 Visual Released: What Does It Tell Us?

In the visual, we see Asirpa, Sugimoto, Shiraishi, Tanigaki, Tsukishima, Koito, and two children marching across a snow-covered landscape and looking towards something in the distance. The visual evokes optimism and excitement in viewers despite the seeming inhabitable nature of the surroundings.

In Golden Kamuy Season 4, new characters such as Vasily, a Russian sharpshooter, and Boutarou, a pirate, will be added, which means that we’ll fresh doses of more wacky antics.

Where Can You Watch Golden Kamuy Season 4?

While this wasn’t revealed, we’ll likely be able to watch it from Netflix, Crunchyroll, and Funimation.

Advertisement The Idhun Chronicles anime series is a Spanish fantasy action show produced by Zeppelin TV for Netflix. The series was launched on September 10, 2020, followed by a second season on January 8, 2021. The Netflix series is an adaptation of The Idhun’s Memories book saga by Laura Gallego. The series follows the story…