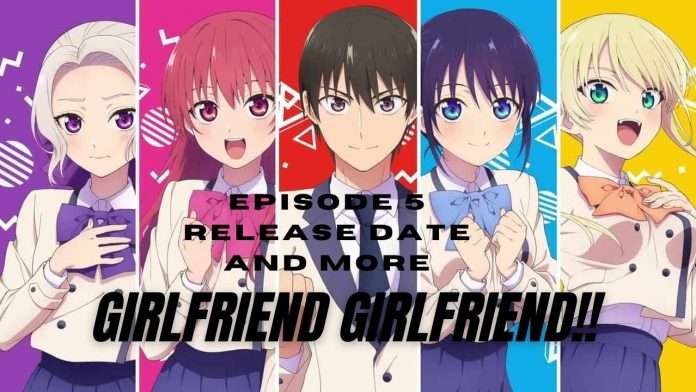 Here are the leaks for Girlfriend Girlfriend Episode 5. The episode is titled “A Third Girlfriend!?”. It will air on July 31st.

In the previous episode, Saki admits she feels inferior to Nagisa and it annoys her that Naoya does everything without asking for anything in return.

Surprisingly, Nagisa agrees that Naoya does too much for them. Naoya realizes by taking all the responsibility, he is actually being selfish. Naoya passes out from his three days of accumulated exhaustion. Saki and Nagisa debate how exactly they will become equals and realize they both like gaming. 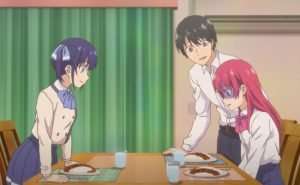 Nagisa is terrible at gaming and Saki feels better knowing there is something she is better at and they become friends.

During lunch in the gym storage, Rika Hoshizaki climbs in through the gym window. Naoya panics and accidentally admits everything. Rika teases him. Nagisa recognizes her as Milika, causing Rika to also panic.

As everyone now has secrets they do not want to reveal, they all agree to keep quiet. Realizing they are actually decent people despite their unusual relationship, Rika decides she wants to join them as Naoya’s third girlfriend.

If you are interested in new animes check out the leaks for the new season of Restaurant from another world.