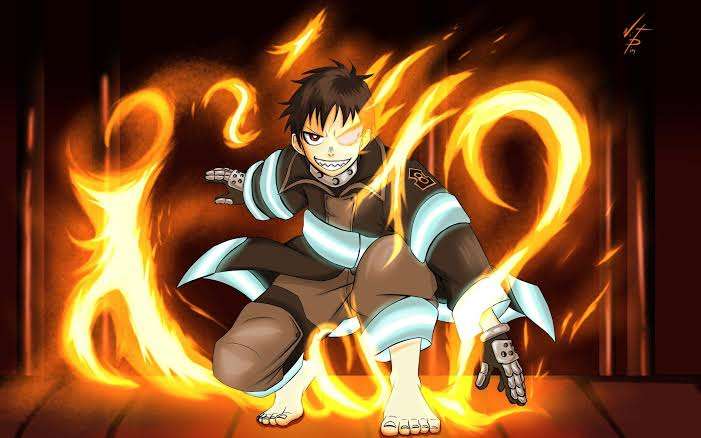 As Shinrabanshomon is gliding in his battle, the Holy Woman of Despair is getting more and more anxious. On one hand, we have hope gleaming with life, and on the other, despair shining in the darkness. Their ideological battle regarding salvation continues and it might take a nasty turn in Fire Force Chapter 298.

But where to read it and what’s the release date of the next chapter? Well, you came to the right place, here are all the details you need to buckle up for the upcoming chapter.

After becoming the Holy Woman of Despair, Haumea attacks Shinrabanshomon with her enormous tidal-like black flames. But, he’s easily able to deflect her attack and give it life. Seeing what Shinra just did, she gets furious and begins to attack him once again.

Although this time, Shinra is the one to attack first but instead he gives her black flames life. Now, The Evangelist hates it as she thinks such joy and vividness can only be experienced after one attains salvation. In fact, to her ‘life’ in itself is a sorrowful thing to look at.

But, Shinrabanshomon is quite stubborn and shows her what he saw at Vulcan’s workshop – a whale. However, it was a bit comical but he doesn’t care as Shinrabanshomon only intended to depict life at its best. Ignoring everything and being rigid about her ideology, Haumea attacks him with Divine Light.

But, Shinrabanshoman won’t lose that easily it seems; he catches the divine light and throws it upwards. In doing that, he creates an atmosphere that partly extinguishes Adolla’s black flames on the Earth too. On the other side, the Despair Saint isn’t happy and Shinrabanshomon softly taunts her.

With the Despair Saint getting restless after Shinrabanshomon is countering her every move, she might just go haywire. In Fire Force Chapter 298, hope versus despair will continue their ideological battle.

But hey, as Fire Force is coming to an end, Shinra will most likely depart in style. So, one can expect a grand battle to happen but at the same time, don’t keep your hopes too high. Regardless, the direction of this battle looks interesting in its own way.

Advertisement Dragon Ball Super has introduced throughout its episodes multiple forms of power for both Goku and Vegeta. However, what is clear is that the path to be followed by the protagonist of the franchise now is none other than that marked by the Ultra Instinct of the Angels. Thus, in the 71st chapter of the manga discover how Goku…