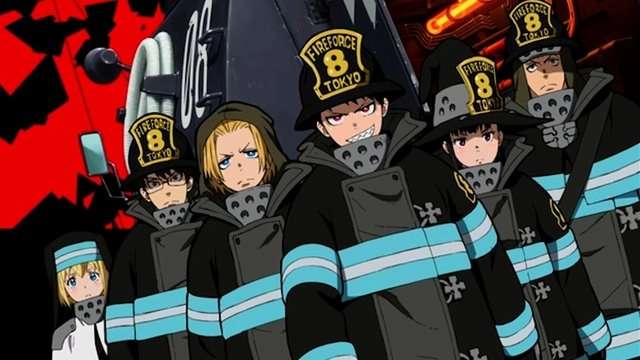 As The Evangelist i.e. Haumea lets her despair roar, Shinra finds himself in a tight spot. Along with that, the Earth is also covered in Adolla’s Black Flames depicting the desire of humans for agony. With the sole purpose of stopping her from destroying everything, Shinra must act soon. That said, Fire Force Chapter 297 is looking to be a great one yet again.

But where to read it and moreover, what’s the release date of the next chapter? Well, you came to the right place, here are all the details you need to buckle up for the upcoming chapter.

Fire Force is a shōnen manga series written and illustrated by Atsushi Ōkubo. It is published by Kodansha and has been serializing in the Weekly Shōnen Magazine since September 2015. Also, there’s an anime adaptation for Fire Force too.

Also read – Will The Female Titan Appear in Attack on Titan Season 4 Part 2?

The chapter begins on a very bleak note as we witness the Earth in the blanket of Adolla’s black flames. And in the very next panel, Haumea and Shinra are having a conversation about hope and despair. Furthermore, the holy woman proclaims how every human desires salvation only through despair.

Cut to the next few panels and Haumea attacks Shinra multiple times but it’s of no use. To her statement regarding ‘humans wanting despair’, Shinra argues that it’s our relationships with others that make life interesting. Additionally, he also expands upon the concept of fun and how it makes us more lively and happy.

But Haumea constantly disagrees with him and shows her the black flames that Earth is covered in. She puts her point of ‘mankind’s unconscious desire to despair’ and explains why hope is a fallacy. However, Shinra isn’t ready to take her baseless argument to his heart and strongly disagrees.

Seeing that there is no other option left, Haumea begins to connect herself with The Evangelist. And just so we all are on the same page, The Evangelist is nothing but the collective unconscious of humanity. As her soul leaves with her tears to transpire into a greater being, the Holy Woman of Despair is born.

The upcoming chapter titled Hope’s Big Bang will focus on the battle between Shinra and The Evangelist. Also, the idea of hope and despair among humans might get explored more in Fire Force Chapter 297.

Nonetheless, it’ll be quite ‘interesting’ to see how Shinra faces The Evangelist. Given his cool temperament, he can pull off a good fight and win the fight. But hey, anything can happen and we all are in for a ride.

The release of Fire Force Chapter 297 is set for January 9, 2022. Most often, the new chapters are available on Sunday, though sometimes they arrive a day earlier.