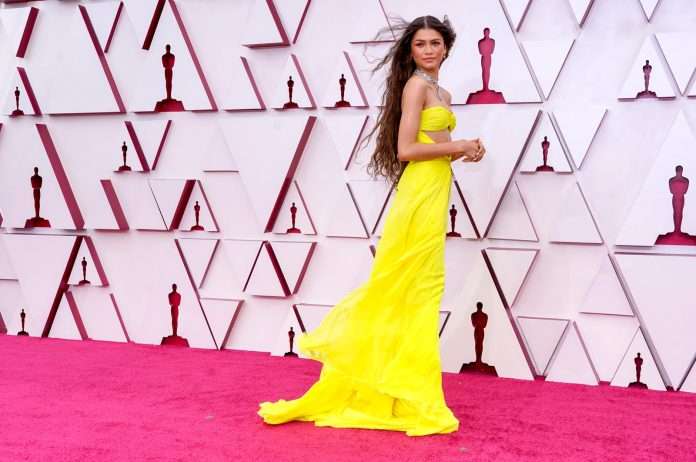 Zendaya has been the only Disney star who has kept her rapport clear of any and all troubles every star before her and after her faced.

Zendaya the only non-problematic Disney Star

Over the years, Zendaya has grown into this beautiful, talented, compassionate young woman, which makes us shed happy tears when we see her win at something.

From winning the Emmys to being a badass in everything she does, this young star has come a long way.

Zendaya has a fantastic fan following ever since her Disney days, and things just got phenomenal once she joined Marvel’s Spider-Man franchise.

Zendaya was last seen at the 93rd Oscars, which had already caused a lot of conflicts among fans. Among the chaos that is going on, fans found out something about Zendaya that is worth mentioning.

Zendaya in fashion and health

Zendaya wore a beautiful sunshine dress which had the entire red carpet drop their Jaw. She made sure to bring her A-game on, even if it was just for presenting an award.

Her dress was spoken by all, but that was not the only thing fans noticed. In some BTS videos from the Oscars, we got to see that no one in the crowd was wearing a mask.

Zendaya wearing her mask. I guess everyone else forget theirs at home ? pic.twitter.com/I5q7WoEfOz

Well, it was said that the actors were asked to remove if they want once the camera starts rolling, but to be frank, it’s of no use.

Zendaya, who was seen in such a beautiful gown, paired her mask with the exact same color and was seen wearing it throughout the ceremony.

Fans Come to give due credits to Zendaya

Fans who noticed this had been all praise for the star who put safety first than looking cool and hot.

This 93rd Oscar has caused a lot of commotion already and is spoken by fans in a bad way. While millions around the world have lost their lives to this pandemic, it is best that actors think to follow the rules.

I see you with the mask still @Zendaya. LETS GET IT! pic.twitter.com/A3SPF8eJgl

Zendaya, who is quite young and could’ve been careless, was the one that was careful while the actually risky ones sat there thinking no virus will attack them.

This might be the reason why the USA couldn’t pull out of the pandemic even though it is one of the leading countries in every technology.