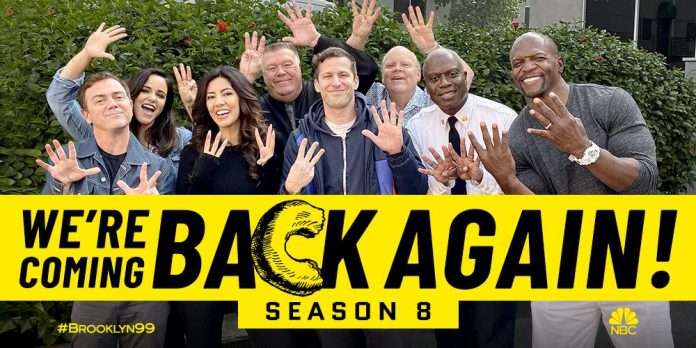 The Black Lives Matter movement and police brutality concerns have caused the show to completely rethink the season’s direction, and in a 2020 interview with People, star Andy Samberg noted that he made sure the team took the matter seriously. 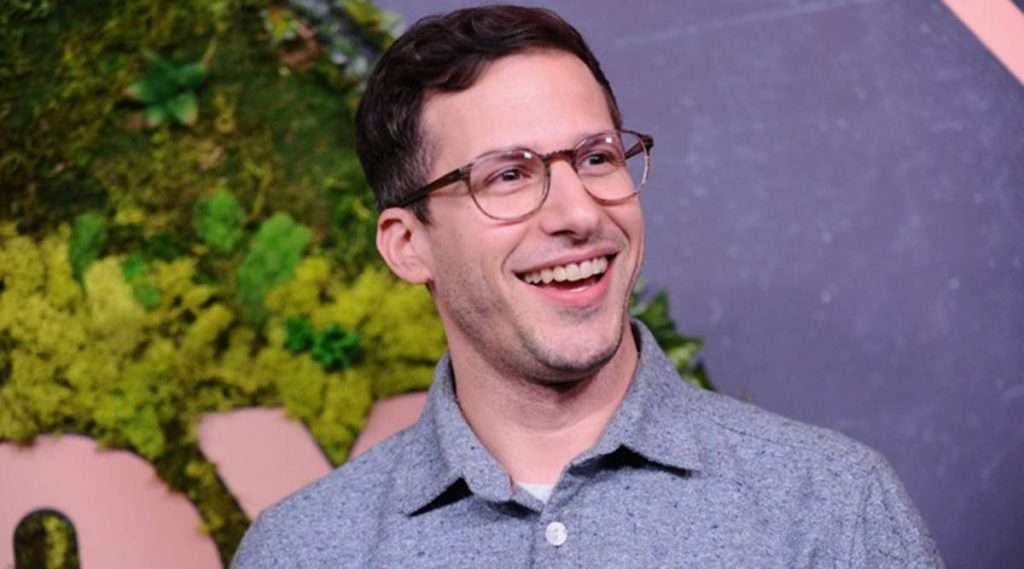 “We’re taking a step back, and the writers are all rethinking how we’re going to move forward, as well as the cast,” he said. “We’re all in touch and kind of discussing how you make a comedy show about police right now, and if we can find a way of doing that that we all feel morally okay about.” If that wasn’t enough, The Hollywood Reporter notes that the show also aims to tackle the ongoing COVID-19 pandemic in some fashion.

That’s not just one, but two tall orders for a goofy comedy show, even one as astute as Brooklyn Nine-Nine. So, can the show possibly pull it off, and more importantly, when can you witness this feat with your own eyes? Here’s what we know about Brooklyn Nine-Nine season 8 release date, cast, and trailer so far.

Here’s the good news: Brooklyn Nine-Nine season 8 is coming in 2021. In August 2020, the show’s official Twitter account confirmed as much with a tweet that simply stated: “*Capt. Holt voice* We’re in a state of total euphoria. #Brooklyn99 returns in 2021 on @NBC, streaming on @PeacockTV.”

*Capt. Holt voice* We're in a state of total euphoria. #Brooklyn99 returns in 2021 on @NBC, streaming on @PeacockTV. pic.twitter.com/1sXKIE0Nr9

Now, here’s the bad news that you were probably bracing for in this time and age of ever-shifting release schedules. According to The Hollywood Reporter, the season won’t air until the 2021-22 broadcast season, so while the Brooklyn Nine-Nine Twitter account still proudly preaches a 2021 premiere date, it’s extremely unlikely that season 8 airs until September, at the very earliest. With a meager ten episodes, the season will also be even shorter than the 13-episode season 7.

There’s a silver lining, though. While this means that the show has been delayed, it’s not because NBC has lost its faith on the Nine-Nine crew. On the contrary, the network simply wants to secure the optimal release time to make sure that the show’s final episodes receive the attention they deserve. That usually means fall.

Who’s in the cast of Brooklyn Nine-Nine season 8?

Brooklyn Nine-Nine is a huge ensemble show with a fondness for colorful recurring characters and high-profile guest stars. Since this is the final season, pretty much anyone you’ve seen on the show might pop up at some point. 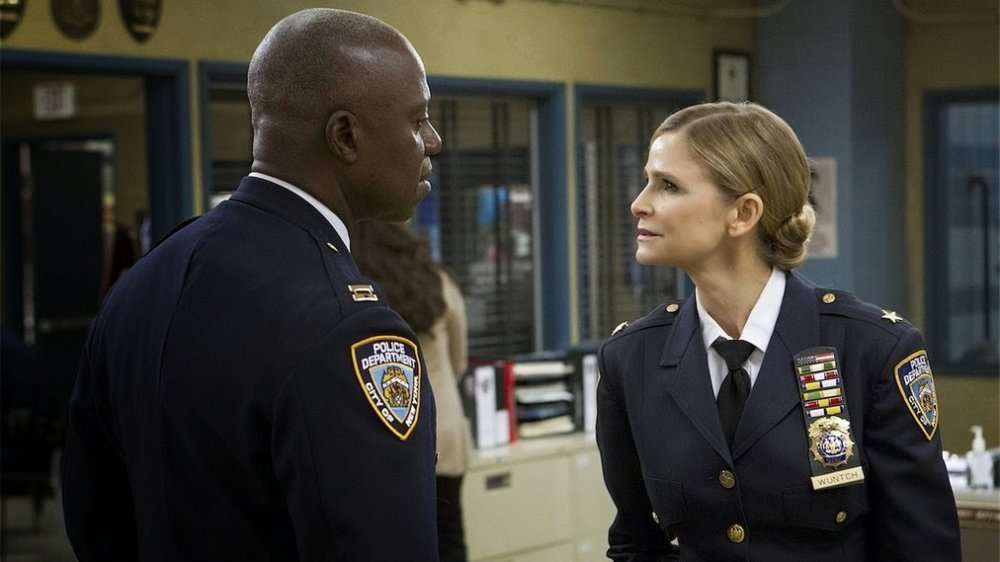 Really, the only no-no name is probably Kyra Sedwick’s lovably horrible Madeline Wuntch, who died in season 7. Even so, Andre Braugher’s Raymond Holt probably wouldn’t be too surprised if his longtime nemesis somehow made one last appearance from beyond the veil.

The most obvious returnees are the current members of the core cast, so you can probably expect Samberg’s Jake Peralta, Stephanie Beatriz’s Rosa Diaz, Braugher’s Holt, Melissa Fumero’s Amy Santiago, Terry Crews’ Terry Jeffords, and Joe Lo Truglio’s Charles Boyle to be back for one last run. The cast image attached to the Twitter announcement also included Dirk Blocker’s Hitchcock and Joel McKinnon Miller’s Scully, so the 99th Precinct’s resident slobs should be back, as well.

You should also totally expect to see Chelsea Peretti’s Gina Linetti return for one last moment in the limelight. Though she didn’t make an appearance in season 7, co-creator Dan Goor has told TV Line that as far as he’s concerned, Gina is a lock for season 8.

“The only regret I have with having 13 [episodes in season 7] is that we didn’t figure out a Gina episode, and I want to make sure that she’s in Season 8,” Goor said. “I love Chelsea Peretti. I think she’s one of the funniest human beings in the world, and I love the character of Gina Linetti.”

So, while you might have to wait a while until the trailer arrives, there’s a pretty good chance that some form of a promotional campaign is coming in late July or early August, and it might very well be the show’s most jaw-dropping one yet.

Among Us: How To Win As An Imposter

Why Does Orochimaru Listen to Sasuke Even After Everything?