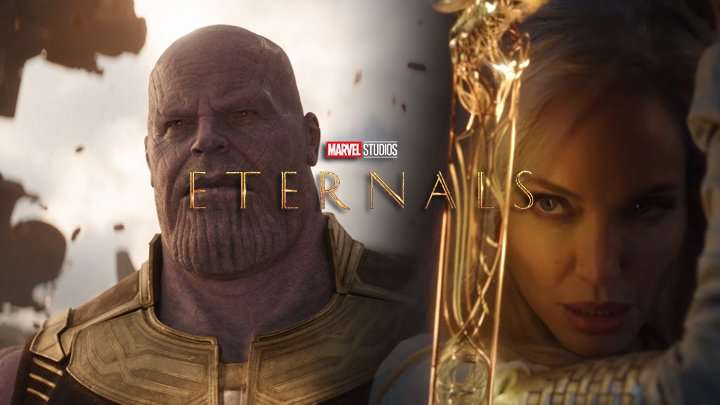 While Eternals saw a fairly tame box office return and quite the polarizing reception from fans, Chloé Zhao’s Marvel Studios directorial debut planted the seeds for galactic consequences on a scale hitherto undreamt of. The film concluded with Gemma Chan’s Sersi and company defying the Celestial gods by purposefully preventing the Emergence, an event that would have destroyed Earth and killed all of its inhabitants. Oh, and Harry Styles debuted as Eros.

Eternals has not seen a #MakeTASM3 or #ReleaseTheSnyderCut demand from fans for a sequel, but all narrative signs indicate one is on the way. Even if the immortal ensemble isn’t as big of a box office draw as the Spider-Mans and Captain Americas of the MCU, Marvel Studios has made enough billion-dollar flicks to prioritize some storylines over profits.

That said, the status of an Eternals 2 remains unknown. Star Angelina Jolie has spoken definitively about “the sequel” in past interviews, but Zhao has emphasized a follow-up is very much a “we’ll see” at the moment.

With no public urgency on a second installment, when can fans expect a potential Eternals 2?

When Will Eternals 2 Release?

Based on the bigger picture possibilities and the effort to retain Marvel’s balance of grounded and cosmic narratives, Eternals 2 seems most likely to arrive in late 2024 if it’s greenlit.

Read this: Eternals: What Will Happen To The Frozen Celestial?

Director Chloe Zhao currently has her teeth sunken into a Dracula project, likely keeping her occupied for the majority of this year. Giving her 2023 to develop and film Eternals 2 makes that currently untitled Marvel Studios release date of November 8, 2024, a probable landing spot for the sequel. We look forward to watching it!

Eternals is now streaming on Disney+ and maybe some other unlicensed websites.

Advertisement In the beginning of 2021, the Eternals are geared up to fight their biggest enemies on the big screen: Deviants. The evil group has served as the group’s primary antagonists throughout their comic history, and also in the Marvel Cinematic Universe. However, if you are not sure who the Eternals are, fear not, because…