The News Fetcher
Home Movies Enola Holmes: Out on Netlfix! 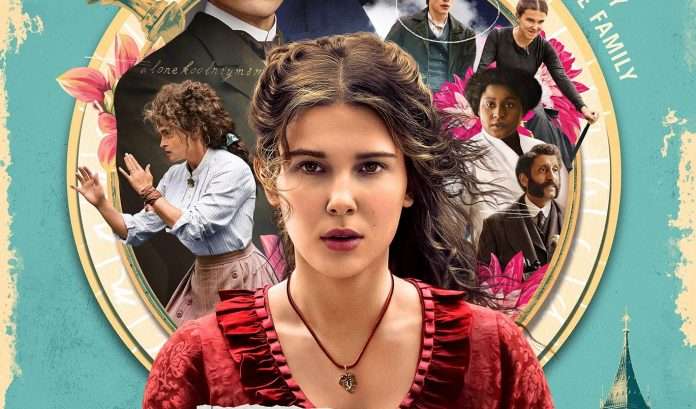 To those who find something familiar with the title but have no idea what, here is why.

Enola Holmes is the teen sister of Sherlock Holmes. That’s why the surname looks familiar to us.

Henry Cavill plays Sherlock Holmes while the star of the show, Enola Holmes is played by Millie Bobby Brown of ‘Stranger Things’ fame.

The story evolves around Enola, Holmes’ sister, who is not someone to ride on the shoulders of her famous brother. She has her own ways and is smart, strong and quick.

Netflix is being Sued

The spin-off is adapted from the novel written by Nancy Springer. All of the Sherlock Holmes novels are in the public domain except the last 10 cases written by Sir Arthur Conan Doyle. Now the twist here is, Netflix is being sued for copyright infringement.

Who Holds The Rights To Sherlock Holmes?

Sir Arthur Conan Doyle’s estate claims that only in the last ten cases written by him, between the period of 1923 to 1927, Sherlock develops essential human traits like compassion, respect for women or the primary showing of emotions. And the movie shows those traits in Sherlock.

This movie shows Henry Cavil as Sherlock, and he has become more considerate towards his sister and brother Mycroft. Even though Sherlock is just a secondary character in this movie, Sir Arthur’s estate has filed a complaint earlier this summer. Now that the film is releasing in Netflix, today (23rd), we might get to know where the lawsuit stands pretty soon. 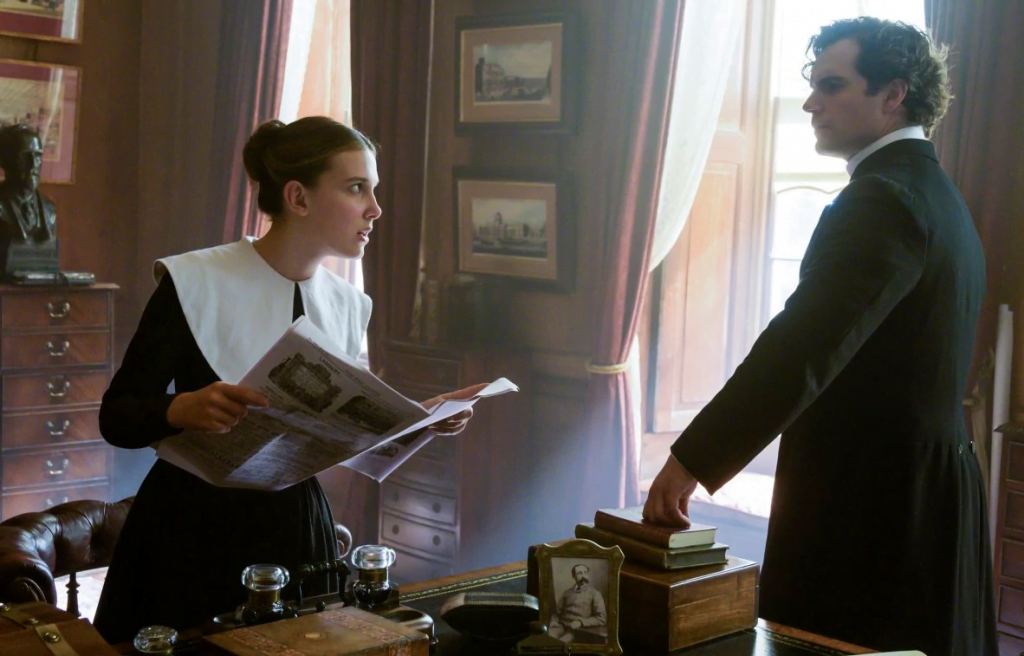 The movie revolves around Enola who is trained in history, science, cryptography, tennis, archery, jiu-jitsu and everything to flourish as an independent woman in a Victorian England by her widowed mother. Enola sets out on a journey to find her mother when she suddenly disappears on her 16th birthday. Sherlock and his brother try to take care of their sister and put her in a finishing school to make her acceptable for society.

Just the idea of being in a room full of girls who are grown and bred to only be submissive and do whatever they are told, scared Enola. So she runs from school and goes in search of her mother.

Even though we have no idea where the lawsuit against Netflix is standing the movie releases today on Netflix. This same lawsuit was filed by the Sir Arthur estate already on a separate entity. Still, they agreed on something behind the doors and both the parties benefitted from it. We hope that Netflix does the same as we are more than excited to see Sherlock’s strong, feminist sister tackle the world with her smartness, braveness and compassion.