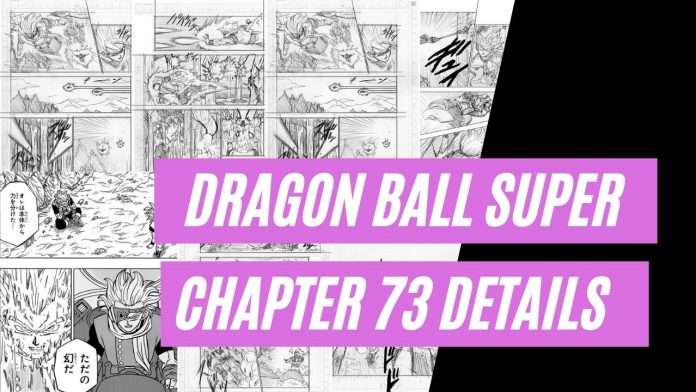 The preview for Dragon Ball Super Chapter 73 was released on 14th June on its official website and they indicate that the upcoming episode is going to feature Vegeta remembering the events of Planet Cereal. The chapter is titled “Goku vs Granolah”, and is expected to have some action-packed fighting scenes.

Images from the storyboard of DBS Chapter 73

The promo released for the Manga’s chapter 73 revolves around Goku and Granolah’s fight. Granolah seems to be more powerful than anticipated and gives Goku a hard time. The battle will be an interesting one as the chapter unfolds.

Ball Super Chapter 73(English) will be released on the 20th of June, 11 AM EST. [Note: The time and release dates are subject to change]

In Dragon Ball Super Chapter 72, Goku and Vegeta arrive on Granolahs home planet, Planet Cereal. Makai points out the location of Granolah and we witness a fight between Goku and Granolah. Vegeta too was seen fighting Granolah. Granolah uses his ‘Ki-Shower’ attack on Goku. Both Goku and Vegeta are shocked to see Granolah’s fighting skills.

Granolah holds a grudge against the Saiyans and wants to defeat Goku and Vegeta. Granolah was able to target vital points of Goku even when Goku was using his Ultra Instinct Mode. Goku seems to have realized that Maki and Oil lied to him and he now has no option but to defeat Granolah.

The information that has been leaked or officially published till now suggests the following about the events about to take place in Chapter 73:

You can read the Manga on various platforms including: