Based on the manga of the same name, dark fantasy anime Dororo is one show that you cannot miss. Created by the manga artist Osamu Tezuka (Astroboy), this anime captivates with its art and story.

The story focuses on ancient Japan. Mr. Daigo, seeing that his town was going through terrible droughts and famines, decided to sacrifice his first son to 12 demons. Then, these demons would distribute the parts of the child. 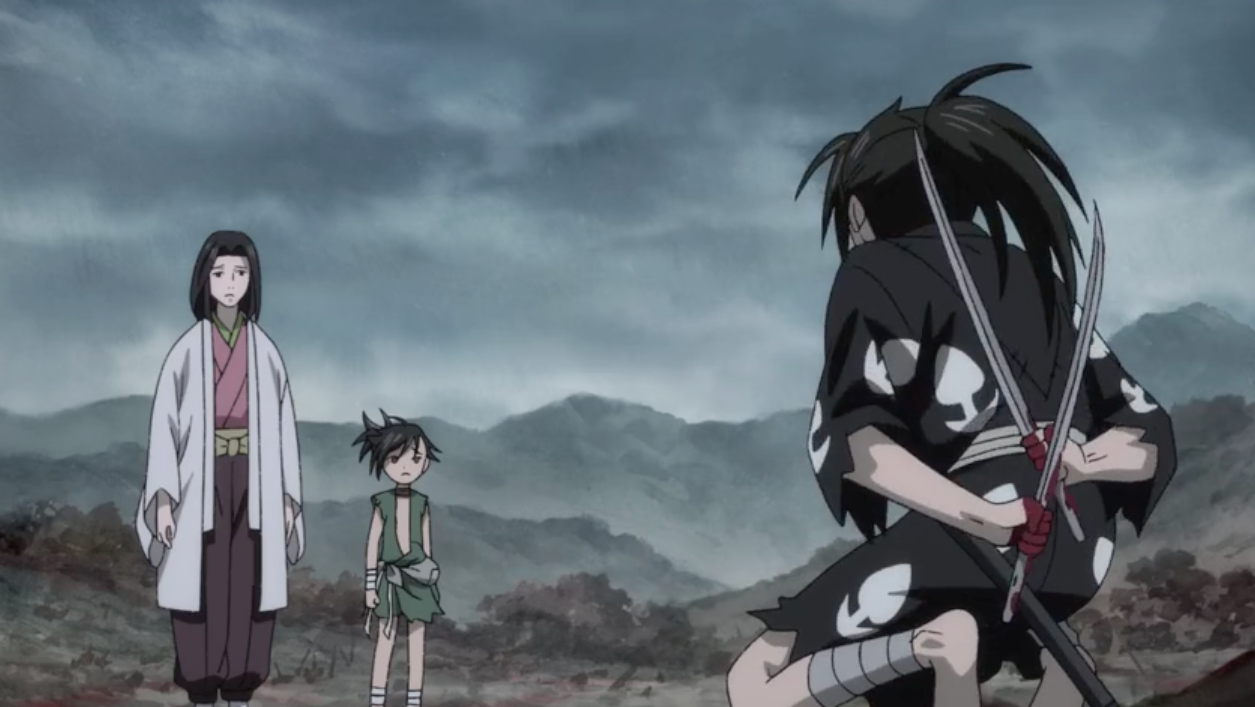 Over time, the town prospers. And Mr. Daigo became the most powerful and ambitious among all his people. Over time we meet Dororo, a little orphan girl who survives by stealing and selling objects. One of the gentlemen who she stole from, together with his employees, decide to catch her and beat her. When they hit her, a mysterious young man arrives—who has no arms but rather has swords. Also, he lacks emotions almost as if he were a doll.

This young man saves Dororo, but what Dororo did not realize is that there was a monster that wanted to kill them. This mysterious man fights again and kills the monster. And with the passage of history, we get to know that the young man is called Hyakkimaru and is the boy that they satiated the demons. He survived and has gained the ability to see monsters. With this, he begins an adventure together with Dororo, where he has to kill several monsters to recover the parts of his body as his humanity.

The anime was release in 2019, and has a total of 24 episodes. MAPPA and Tezuka Productions are the ones who produced the show. It is currently available to stream on Amazon Prime Video. Its source material, the manga, ran in the Weekly Shonen Sunday magazine between August 1967 and July 1968. Then, it got cancelled; before being completed in the Bōken’ō magazine in 1969. Advertisement Why is Markland Deserted? What happened to its people? Will Thorfinn be able to solve the mystery? Read more to learn about Vinland Saga Chapter 193. About Vinland Saga: Vinland Saga is a manga series written and illustrated by Makoto Yukimura. The series is published by Kodansha, and was first serialized in the youth-targeted…

Advertisement Here is everything you need to know about Kingdom Season 4 Episode 18. About: Kingdom Anime The Kingdom is an ongoing anime series based on the manga of the same name composed and illustrated by Yasuhisa Hara. Read this: Classroom of the Elite Season 2 Episode 3 Release Date, Spoilers, and Other Details Kingdom…