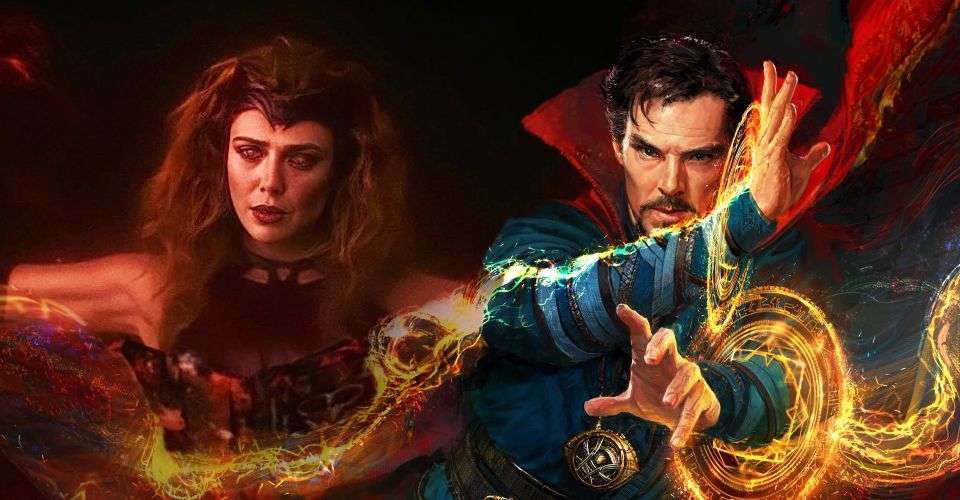 Doctor Strange in the Multiverse of Madness is now making its way through theaters worldwide, bringing some of the most surprising moments in any MCU movie ever made. From introducing the MCU’s version of the Illuminati to introducing a darker Doctor Strange who boasted a third eye in his forehead, the horror vibes and mystical developments came out in full force.

The core plot of Doctor Strange 2 centered on the Darkhold’s influence over Wanda Maximoff, fully unleashing her as the Scarlet Witch and sending her on a rampage throughout the Multiverse to find her children. To combat this, Strange himself had to dive into the Darkhold’s pages, dreamwalking into the corpse of America Chavez’s Doctor Strange and convincing her to trust in her powers.

In the final moments of the film, fans saw the results of Strange’s dive into the Darkhold as he gained his own Third Eye on his forehead, identical to the one Sinister Strange had after his own time with the Book of the Damned. Following Doctor Strange 2’s release, the sequel’s head writer shared how that moment came to fruition within the MCU.

Doctor Strange in the Multiverse of Madness writer Michael Waldron discussed movie’s final scene in which Strange gets a third eye in his forehead.

In a chat with Rolling Stone, Waldron looked back to a point when the film “had a happy ending,” more so than expected for a movie “where a lot of bad shit happens.” Referencing Baron Mordo’s “The bill comes due” line in the original Doctor Strange along with Wong reminding Strange of his dangerous actions in the new movie, Waldron wanted to make sure the film had consequences while also paying tribute to classic horror films.

Waldron discussed Strange’s transition to this new form with Screen Rant, bringing up the idea of Strange “embracing that darkness” after reading the Darkhold and performing its spells. It also sets up many more questions about his new path alongside Charlize Theron’s Clea as he moves towards the Dark Dimension.

The head writer compared the ending of this movie to 500 Days of Summer during an interview with Vanity Fair, noting how Christine Palmer affects his life but doesn’t remain a part of it, although this time, it includes somebody who has a “Third Eye.”

Waldron dissected the moment where Strange gets that additional eyeball, putting into question what this actually means for the movie’s main hero on top of the hypocritical act of causing an Incursion that Strange was worried Wanda would create:

“It was doubly exciting. It’s like, well, what if Strange has embraced this darkness a little bit? He’s figuring out how to live with this. What does that mean for our hero? That’s an interesting question to pose on its own. Now here comes Clea saying, ‘You caused an incursion. You did the thing— perhaps the very thing—you were hoping Wanda wouldn’t do. Now we’ve gotta fix it together.’ So, yeah, it just felt like a nice little tease of adventures to come.”

Where Does Strange Go From Here?

Read this: Everything You Need To Know About Charlize Theron’s Character ‘Clea’

Looking at how Doctor Strange is one of Marvel Comics’ wildest characters, it’s almost no surprise that he ends this movie with a mystical new eyeball coming out of his forehead. Featuring the subtitle Multiverse of Madness, this sequel allowed Strange to go fully unhinged and unleashed as he utilized some of Marvel’s darkest magic in the Darkhold in order to keep all of reality from falling apart.

Now that the Third Eye is officially in play for the master magician, fans are wondering exactly how it will add to his journey in future Doctor Strange sequels and Avengers-style team-up outings.

Most immediately, it will give him even more power and vision as he works with Clea, his wife from the comics, for the first time in his first trip to the Dark Dimension since 2016’s Doctor Strange. These new consequences will also introduce a new challenge for him on a personal level, as he fights off the undeniable darkness inside of him while still working to do what’s best for the world and the Multiverse.