Angelina Jolie and Brad Pitt, who have six children (3 adopted, three biological), may have a slight result in their ongoing custody battle.

Who won the custody battle between Angelina and Brad?

As much as fans want the couple to get back together, things indicate that it is never going to happen.

According to some reports, Angelina Jolie is vying for sole custody of her six kids. Even though it was said that Brad Pitt and Jolie agreed mutually when they divorced officially two years back, things didn’t stay the same way.

When did Angelina Jolie and Brad Pitt divorce?

It has been officially two years since the couple, well, uncoupled. Both the actors began dating back in 2004 and ended up having three biological children and three adoptive children.

Why did Angelina and Brad break up?

According to some rumors, it is said that it happened after an incident in Paris where Pitt hit their son Maddox.

These allegations were said to be placed by Jolie in court to claim sole custody. But things didn’t work that well. As of today, the court declared that Brad Pitt be given the same treatment he wants in custody.

The FBI and social workers cleared the abuse charges placed on Brad Pitt.

It is said that Angelina is now trying to look and dismiss this judge who gave the result in favor of Pitt. This is not the final order, and no intimate terms of the agreement have been revealed.

All the media could snoop is that the court declared in favor of Brad Pitt, and the judge has ordered that his requests be met.

Who Is Florence Pugh? Everything You Need To Know About The Marvel Actor 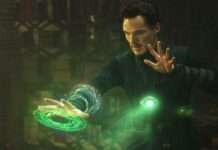