The News Fetcher
Home Deadpool Deadpool Fan Theory Suggests He Can’t Exist in the MCU Because of...

The Aftermath of Fox-Disney Split:

Soon after the closing of the merger between Disney and Fox, many changes came to our notice. Walt Disney Studios was also seen using image stills from Deadpool movies as part of their marketing.

Disney has started to use the fan-favorite character as well. This became evident in one of the reels at the 2019 Disney D23 Expo.

We can expect the Merc with a Mouth to join the MCU soon. But, then again, Deadpool joining this universe cannot quite be possible, if we consider a new fan theory.

In one of the recent fan theories we came across online, the co-existing of the two different worlds is technically impossible.

According to the fan, these two worlds are very different, especially in their current set-ups.

Cable’s introduction in Deadpool 2 also had the feature of time travel. Additionally, in the sequel of Deadpool, we saw Cable traveling with a teddy bear.

And this is the same teddy bear which became different in the present due to the events that would happen in the past.

The Science Behind This Theory:

Endgame explicitly cleared the fact that MCU does not follow such a set of time-traveling rules. Rather, according to MCU’s time-travel science, every time someone goes back into time, they create a new timeline.

With this new timeline, the character does not displace itself in the current timeline.

Moreover, the character needs to make things get back to normal in the newly-created timeline. This is the only way that everything will be able to merge into the main time stream with no new problems.

In the film, we can also see the Ancient One explaining this to the Hulk. According to him, if Hulk does manage to change huge important events, he will end up dooming the whole timeline. And this time stream will remain doomed for all eternity.

Marvel president Kevin Feige has given an almost sure answer of keeping the Deadpool franchise in the R demographic. Subsequently, that will make it interesting to see how Marvel introduces Deadpool into the MCU. 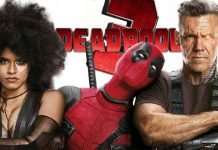 What Is The New Deadpool Theory That Has Been Doing Rounds?

The ‘Deadpool’ and ‘My Hero Academia’ Crossover