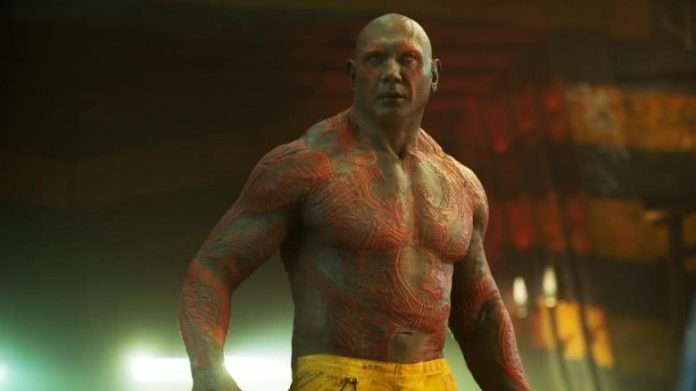 Long before he told the twisted story of a super-powered youth with “Brightburn” or reinvented a fan-favorite DC Comics faction with “The Suicide Squad,” director James Gunn’s biggest hit came in the form of 2014’s “Guardians of the Galaxy.”

In a Marvel Cinematic Universe filled with big names like Iron Man (Robert Downey Jr.) and Captain America (Chris Evans), he wanted to put the spotlight on some of Marvel Comics’ lesser-known cosmic heroes — changing the massive franchise in short order and assembling an all-star cast to bring the project to life.

Read this: What Is Dave Bautista Disappointed About?

While there was little doubt that the likes of Chris Pratt (Star-Lord) and Zoe Saldana (Gamora) would be able to hold their own in such a big production, Dave Bautista was in a vastly different position. Having only recently made the jump from professional wrestling to the silver screen, fans wondered how he’d handle adapting an iconic character like Drax the Destroyer. 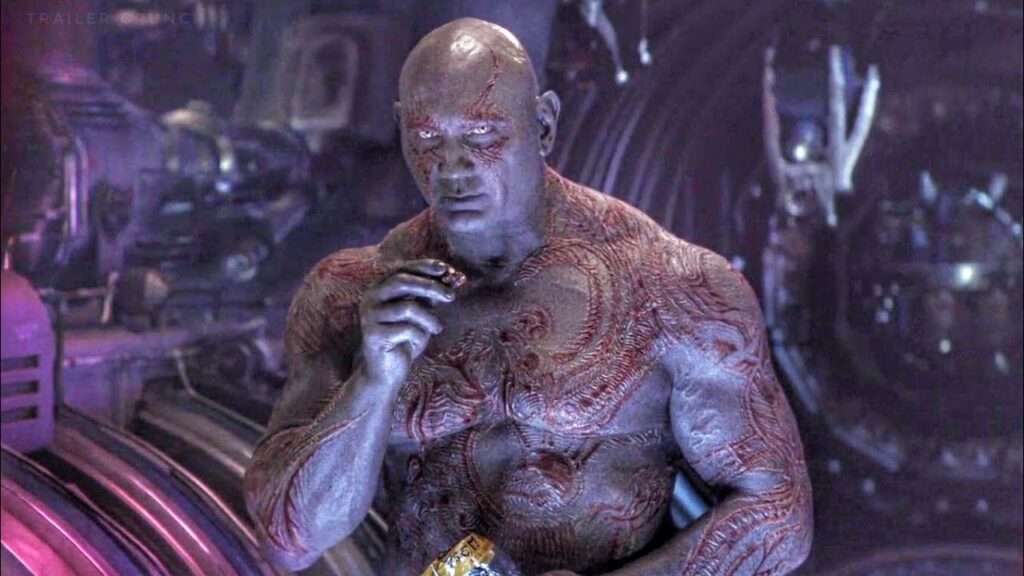 Not only did he make it his own by blending comedy and stoicism perfectly, but he proved himself as a legitimate star in Hollywood, prompting a string of successful titles to come his way.

As of 2021, Dave Bautista has donned the intricate Drax costume on four occasions, with “The Guardians of the Galaxy Holiday Special” and “Guardians of the Galaxy Vol. 3” coming soon. However, the former WWE star recently gave fans an update on his future in the role beyond those two projects, and he seemed to confirm our suspicions.

On September 7, 2021, Dave Bautista sat down for an interview with Comic Book to discuss his acting evolution and his most recent creative ventures. In doing so, he brought up his time as Drax in the “Guardians” franchise, as well as the MCU at large, noting that it’s where his cinematic tenure truly began.

He goes on to reveal that via “Guardians of the Galaxy Vol. 3,” he and the team are “going to wrap it up” — effectively admitting that his run as Drax is quickly coming to an end.

“It’s a bittersweet…I mean, I’ve been doing ‘Guardians’ since 2013. And, you know, when this comes out, you know, it’ll be in 2023, so that’s a, you know, 10-year journey,” he said, mentioning that James Gunn and his fellow “GotG” castmates have become like family to him through their time working together. Be that as it may, he admits that he’s looking forward to formally bidding farewell to such an important chapter of his career.

It’s evident that Dave Bautista is prepared to leave Drax the Destroyer and the MCU in the rearview mirror once “Guardians of the Galaxy Vol. 3” is completed. Is that to say he’ll never come back to the part that put him on the map?

Maybe, but then again, this is the Marvel Universe we’re talking about, where no one is ever really gone for good. Nevertheless, at this juncture anyway, it stands to reason that come 2023, Bautista and fans will say goodbye to his rendition of Drax.