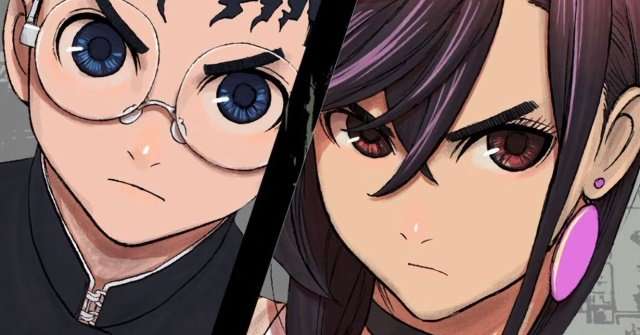 With Jiji going all crazy after the spirit took control over his body, the story took a dark turn. Furthermore, why did the spirit take control over him despite Jiji being so kind? Is Turbo Granny’s perception regarding yokai true? Well, we will get all of our answers in Dandadan Chapter 41.

But, where to read the upcoming chapter and what to expect? Here are all the release details you need to know.

A Brief Recap of Dandadan Chapter 40:

Jiji gets to know about the past of the spirit that was residing in his home, he realizes something. Although Momo is still very suspicious about the spirit and tries to get it off of Jiji. But, he stops her by saying that the spirit isn’t a bad guy and then jumps off and goes downwards.

Momo narrowly escaping the man-eating earthworm’s attacks follows Jiji. And as they’re going deeper and deeper, the construction of the houses is getting ancient. At this point, it almost seems like time-traveling. But, Jiji isn’t there for it, he’s trying to set free the child whom the Kito family offered to the Great Serpent in the past.

After breaking the doors, he sees the kid who’s still tied as an offering. Remember the realization Jiji had earlier? In this case, it was him knowing that the spirit was protecting him and not attempting to harm him. Thus, he tries to set him free by promising the child that he’ll play with him for a long time.

But before all that, Turbo Granny did warn Jiji as the spirit was quite dangerous. However, Jiji neglected her and went to play with the kid, only to get possessed by the spirit. Meanwhile, the man-eating earthworm is gearing up for a fight against Jiji while Okarun is nowhere to be found.

In the next chapter, we will most probably get to see Jiji vs Man-Eating Earthworm battle. Moreover, it’d be pretty interesting to see what happens after the battle regardless of whoever is the winner.

Other than that, I think we might get more exposition to what is actually happening with Jiji and the spirit. Because I don’t think the spirit wants to control Jiji like that. But hey, we got to wait for Dandadan Chapter 41 to find out the answers.

Read this – Is Levi Dead In Attack On Titan Season 4 Part 2 Episode 1?

Dandadan Chapter 40 is all set to release on January 17, 2022. You can expect it to be on time as there’s no information regarding any delays.