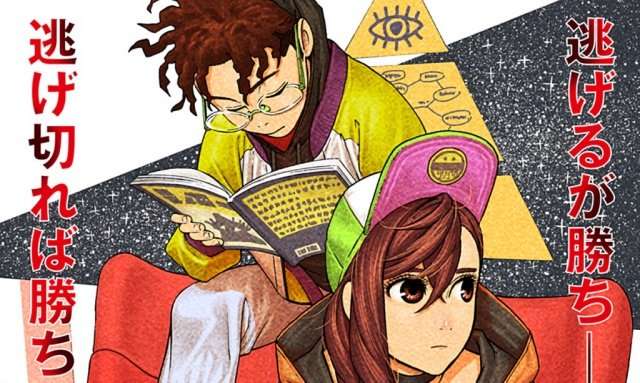 And that’s how yet again, Dandadan pulls off an amazing chapter with a neat backstory of the weird spirit. Moreover, Momo and Okarun are back to normal now and they intend to defeat the man-eating earthworm. But because of Jiji’s ghost appearing out of nowhere, things are looking pretty confusing and interesting. Not to mention, Dandadan Chapter 40 promises a good payoff and a lot of action.

A Brief Recap of Dandadan Chapter 39:

Jiji’s ghost appears out of the blue and is standing against the man-eating earthworm. And because it possesses the Evil Eye that drives people to commit suicide, the worm’s psychic powers are neutralized. Thus, Momo and Okarun are out of the trance now and they intend to fight back.

As soon as Okarun is back to normal, he flies and slices the head of the man-eating earthworm. Although, he also goes off somewhere far due to the momentum. On the other hand, the worm regenerates its head and attacks Jiji and Momo. And while both of them are trying to run away from it, Jiji catches the gaze of Evil Eye.

We then cut to the ghost’s past, where we see a lonely child watching other children play outside. After watching them for a while, he lies down and smiles while remembering how happy they were. In the next few panels, we get to know that he was the Kito family’s offering for the Great Serpent.

From thereon his unfulfilled desire of playing with the children turns him into a ghost/spirit. All of a sudden, he finds himself amongst a family and tries to be friends with the kid. But, the kid gets scared and the next day, his parents commit suicide too. Once again, the Kito lady comes and makes the orphan an offering to the Great Serpent.

Seeing how furious Jiji’s ghost was when he was unable to save the orphan, he turns into something unimaginably dangerous. And it is from there he most probably embarks on a journey to take his revenge against that Kito lady.

Dandadan Chapter 40 will most likely explore more about the ghost’s backstory. Furthermore, we might get to know some more information as to how or why Jiji’s parents committed suicide. In all, we will be having yet another banger of a chapter.

Dandadan Chapter 40 is all set to release on January 10, 2022. You can expect it to be on time as there’s no information regarding any delays.