Netizens have been expressing their anger over news that surfaced on the internet about actor Kareena Kapoor. Shortly, tweets to boycott Kareena Khan began trending on Twitter.

The scandal all started with a report that was published this week. Earlier this week, a report in Bollywood Hungama alleged that actor Kareena Kapoor Khan was approached by the directors and producers of Sita.

The film is based on the mythological heroine and goddess Sita from the Hindu epic. The report alleged that the actor quoted for a sum of Rs 12 crores from her side.

Remember the way she arrogantly replied to public that it's you idiots who make us star,
Don't watch my flims, I don't care.

Let's not watch such unworthy people .

The Bollywood Hungama report stated that this information was cited by a reliable source. According to the source, Kareena Kapoor Khan’s demand has shocked the producers and directors.

“Kareena who usually asks for INR 6-8 crores for films has quoted a sum of INR 12 crores which have put the producers in a tizzy,” the source said. It added that the production team is reconsidering her for the role.

“In fact, right now, they are reconsidering their decision and in talks to take the film to a younger actress instead. But Kareena still remains the first choice.” the report stated.

A nationalist Indian would never accept an actress who has no faith in Hinduism for the role of Mother Sita.

Bollywood film mafia spreads poison towards Hinduism, we should boycott all such artists who hurt the religious sentiments of the people.#BoycottKareenaKhan pic.twitter.com/Ol6Wu3nSdH

Days after these reports surfaced, netizens are now taking their anger to Twitter. A lot of them expressed that her actions are hurting people’s religious sentiments.

While there is no confirmation about the offer of the Sita role and the demand of Rs 12 crores from Kapoor, Twitter is now flooded with discontent.

Some users said that the demand of Rs 12 crores for a role is too much and is against humanity. Others also called for a boycott for the movie’s director for planning to cast Kareena.

Some media users have also dragged the actor’s husband, Saif Ali Khan, alleging that Khan has earlier hurt the sentiments of Hindus with Tandav. Others have also made memes out of the situation. 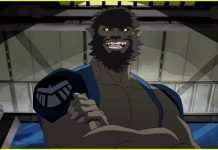