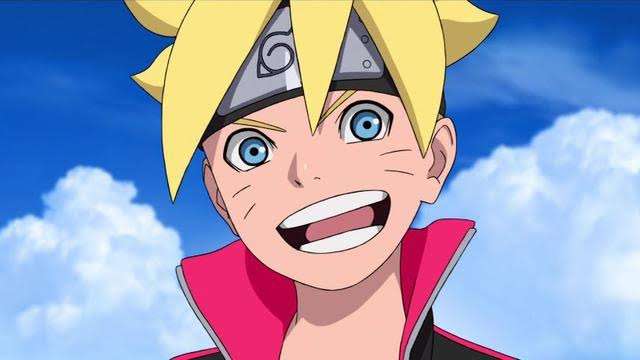 With the Chunin exams over, Sarada is now a Chunin and will be promoted to lead Team 7 herself. Before the official appointment though, Team 7 gets wind of Konohamaru being captured while on a mission.

Episode 227 featured amazing teamwork between the trio and their sensei. If you’re curious about what’s in store for Boruto Episode 228, you’ve come to the right place. Head down below to read everything we know about the upcoming episode!

In Episode 227, the Chunin exams are over and Sarada is elated to become a Chunin since she won the match. Sakura reminds her that the ceremony will happen in three days. Now that Sarada is going to be a Chunin, she’ll be promoted as the leader of Team 7.

Sarada, Boruto and Mitsuki are saddened when they hear that Konohamaru is leaving the team. They go to meet him but learn that he’s on a mission with Mirai.

Suddenly, they get news that only Mirai has returned and she is injured. Konohamaru is currently kept captive by a rogue ninja from the Hidden Grass Village who is now an underworld bandit called Mr. Hyogo.

Meanwhile, Team 7 learns of this and volunteers themselves as reinforcements to go rescue their sensei. First, they observe the enemy from a distance and figure out their strategy.

Naruto in disguise approaches them as a woman who got lost travelling. Using this to distract them, they create a fog in the atmosphere. When this happens, Sarada evacuates all the captured villagers.

Team 7 then work work in defeating the bandits. When Hyogo tries to make an escape, Mitsuki senses his location and backed by Boruto and Sarada, Konohamaru charges at Hyogo with Rasengan and knocks him out.

The teamwork in this episode was really touching and well executed and Konohamaru tears up at the thought of the trio. He congratulates Sarada and tells her that now she’s in charge of Team 7 and he also tells Boruto and Mitsuki to hurry up and become Chunin too. Then they stay back and help the wounded villagers and clean up.

Back home at the village, Sarada is officially appointed as a Chunin along with the others who got selected too. And the whole of Team 7, along with Konohamaru take a heartwarming picture.

What Can We Expect from Boruto Episode 228?

The title of the upcoming episode is “Kawaki’s Path to Becoming a Ninja”. The preview shows Kawaki being given a mission by Naruto. It’s a D-Rank mission and if he shows enough talent, Kawaki will be given the qualifications of a genin.

We can expect to see him working on the mission with Team 5 which includes the newly appointed Chunin Denki, Iwabee and Metal Lee.

Where to Watch Boruto Episode 228 Online?