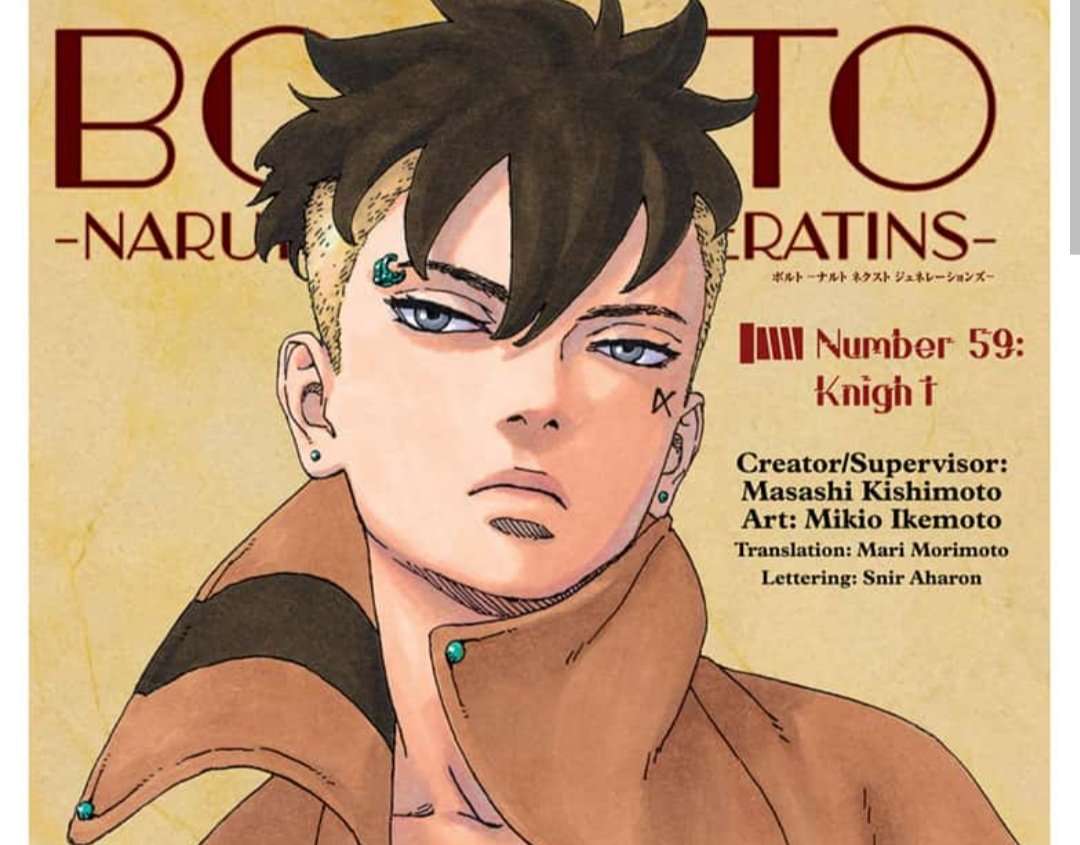 Written by Masashi Kishimoto, Boruto: Naruto Next Generations is among the best-selling manga series and has generally been well-received by fans. This manga follows a monthly release schedule and ever since the last Chapter 61’s release, fans have been left with many unanswered questions.

So the wait for the next chapter must be quite exciting right now. Read on to find out details about the upcoming release!

When Will Boruto Chapter 62 Be Released?

There have been many fan speculations about the release date of the new chapter. According to official reports, Boruto Chapter 62 is scheduled for release on September 20, 2021.

As of now, there will be no delay as per the information provided by the manga’s official team. However, we shall update you if any such news arises.

What Happened in the Previous Chapter 61 of Boruto Manga?

Boruto Chapter 61 titled ‘Madness’ had multiple things taking place. When the chapter begins, we see the squad (Boruto, Inojin, Kawaki, and Shikadai) are being watched by a sensory shinobi. Later, Inojin explains that unless the enemy has the ability to erase their chakra signature, they’d be able to detect any movement inside Konoha.

There’s also a conversation between Shikamaru and Amado, and Amado reveals his surprise at the fact that Kawaki could become so devoted to Naruto. But then this chapter also shows Kawaki betraying Naruto by leaving the village with his Otsutsuki powers to repress his Chakra signal. Then, we also see Boruto following his brother Kawaki outside the village to face Code.

Meanwhile, Sasuke unearths more information about Code and gets an idea about how he will proceed. Meanwhile, in the Uzumaki house Kawaki tells the family that he is stepping out to take the trash, so he naturally goes out and comes back to the house. But Boruto notices something fishy.

Though Kawaki is supposedly inside his room, Boruto senses his chakra outside the house. This is when he realizes that Kawaki erased his chakra signature. Eida informs Code that Kawaki is on the move and as the chapter comes to an end, we see Eida guiding Code to where Kawaki is heading.

What Can We Expect from Boruto Chapter 62?

With the way that Chapter 61 wrapped things up, it’s possible that in the next chapter Code will be facing Kawaki. Also, because Boruto is the only one who knows the truth, he may do something on his own. However, these are only speculations and we’ll have to wait for the official release of the chapter.

Kashin Koji may also appear in Boruto Chapter 62 to meet Kawaki with Code and save his life, so as to bring him back to Konoha to meet Naruto.

Where to Read Boruto Online?

Fans can read the digital copy of the upcoming Chapter 62 of Boruto online on legal reading websites such as Manga Plus and Viz. The latest chapters are accessible- up to three, for free on the websites but to read the entire manga, you’ll need to make some payment.

Advertisement Black Clover Episode 305 made a massive dent in the overall plot as two knights battle the last and the most powerful member of the Dark Triad. The raid of the Spade Kingdom might soon be over resulting in either a victory or defeat.  We saw Yuno preparing to use his brilliant use of…