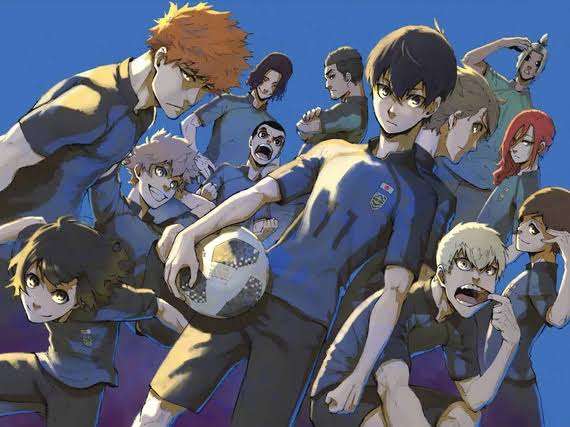 In the previous chapter, the Blue Lock team members are given the option to choose a country in Europe where they want to get training. From the country chosen, one will be given the training that a well-reputed league provides its players.

Here’s everything you would want to know about the exciting events that will transpire in Blue Lock Chapter 155.

Blue Lock Chapter 155 will be getting released on November 8, 2021. Every new chapter of Blue Lock gets released on a weekly basis.

One player picks Germany because he feels Japanese people are suited to go there. Second one picks Spain since it’s the country of passion, the third one picks France for its cathedrals.

When Isagi is asked which country he’ll choose, he replies that he’s not sure yet. He reluctantly says that he might go for England since he’s been watching the English Premier League. But he’s also torn because he’s wanted to go to Germany ever since he was a kid because Noel Noa is a German.

Chigiri talks about her own preference being England because she wants to get her speed tested. While the heir of the Mikage Corporation decides to pick England as well since he thinks the financial prospects are much greater there. Nagi picks England too.

Bachiri picks Spain and looks pretty contented with the decision. He chose it because it’s the country of dribbling and technique and this will help him become the best striker in the world. He says he trusts his instincts while making life altering decisions and instructs Isagi to do the same.

Later, the names of the nine people who chose Germany are revealed to be:

As they head to the compartment reserved for Germany, one guy introduces them to the “football of rationality and logic”. The team from Germany that’s revealed to be their league is Bastard München, the strongest German league currently.

The guy reveals that they won’t have to go to Germany but rather, the environment of the league will be created within Blue Lock. Moreover, on an exciting note, we learn that the top ace strikers of each league will be giving them the “special” training they were promised.

At the very end, the striker from München who will be guiding them turns out to be Noel Noa, Isagi’s inspiration since childhood.

You can read the latest chapters of Blue Lock from the Kodansha website.