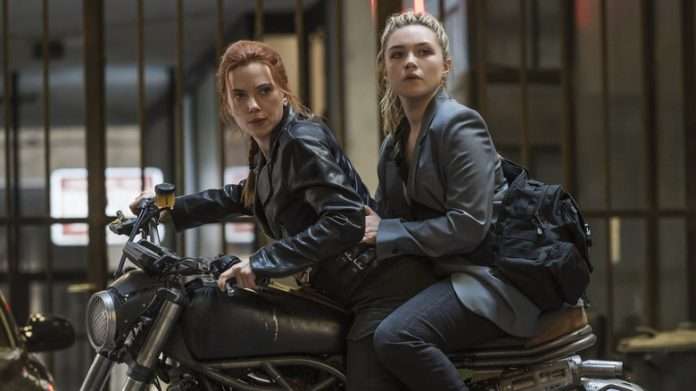 Marvel movies and shows are fun to watch, but only sometimes we actually get to connect with the characters.

Normally, sci-fi shows or movies lack that a lot, but Marvel somehow keeps it a little relatable even when they are fighting a humanoid brought to life by a colorful stone.

This new teaser that was released yesterday by Marvel from the Black Widow movie appears to be more relatable with fans than ever.

Black Widow’s family or the made-up one might join the dysfunctional family list, and the new trailer is just the proof for it.

We knew Scarlett Johansson‘s Black Widow had a checkered past, and the only family she truly accepts is the one formed after Avengers’ union.

We will get to see why she stayed away from them and why she thought she wanted to clear the red in her ledger in the upcoming film.

If the new teaser is any indication, we get it. We see why Florence Pugh’ Yelena thinks it is appropriate to take a shot.

While the Red Guardian calls it a reunion, Melina Vostokoff disagrees to call it a reunion which Natasha agrees, but Alexei Shostakov ignores that and starts to flirt with her.

This obviously makes Yelena uncomfortable, and she decides

to take a shot to avoid feeling whatever she is feeling (we call nauseous).

Why doesn’t Natasha consider them her family?

Natasha Romanoff has kept everything about her past away from interfering with what she is creating.

She wanted to atone, and this looks like the one last time she will revisit her past and tell her story for the audience. We know how sad Natasha was about the snap.

She was the most affected and was even ready to sacrifice herself so that they can come back even if their trial did not look hundred percent feasible at that time.

We knew already she was from a dysfunctional family and this new teaser just helped us see more. Just a few more weeks, folks, to understand what all contributed to making her take the jump.