The News Fetcher
Home Disney+ What if?... What If..? Zombies Could Have Came From Biological Weapon In Captain America... 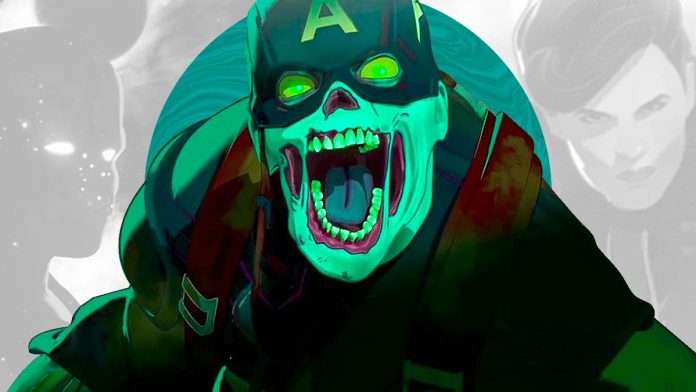 We’re hardly two weeks away from Marvel’s What if the first episode; many fans are coming up with crazy theories from the infinite possibilities in the Multiverse. Still, for now, we will only talk about everyone’s favorite pandemic, The Zombie Apocalypse.

In the current MCU timeline in Captain America Civil War, we saw that Steve Rogers, Natasha Romanoff, Sam Wilson, and Wanda Maximoff successfully stops Brock Rumlow from stealing a biological weapon from a lab in Lagos.

When Rumlow blows himself up, attempting to kill Rogers, then Wanda telekinetically diverts the explosion, which leads to accidentally destroying a nearby building and killing several Wakandan humanitarian workers in the process, that’s what has happened in the main timeline of this Universe we know, but that’s not the story of another universe in the vast Multiverse.

How The Zombie Outbreak Started In What If..?

In one of the infinite possibilities, Black Widow could have failed to secure the Biohazard. For example, the guy holding the bioweapon got hit by Sam’s Red Wing. Still, instead of dropping it down, he throws it far away from the reach of Natasha, where it breaks and spread in the open environment, which leads to a deadly infection that causes everyone to turn into zombies as by that Cap’s team get affected first with himself in the event of Civil War.

All this leads to a total change of the story like the Sokovia Accords will never be created; hence the Avengers wouldn’t get divided. Still, half of them will be Zombified; strong evidence proving this theory right is Frank Grillo, who’s also cast in What If as Rumlow.

If you wonder why Tony Is wearing a suit from Infinity War as the zombie outbreak is from the Civil War event, he was safe for a long time and got zombified before the event when Thanos’s children arrived on the earth.

Also, we can see that even after becoming a zombie, Tony can still use his hand blasters. In another scene, Zombie Cap is fighting with Bucky, who is also in Infinity War suit, where we know that zombies usually know to spread their infection by biting. Still, instead, they are smart enough to use their belonging equipment.

To be noted that this is just a theory we can take for granted that we will get to see the same story in the show.