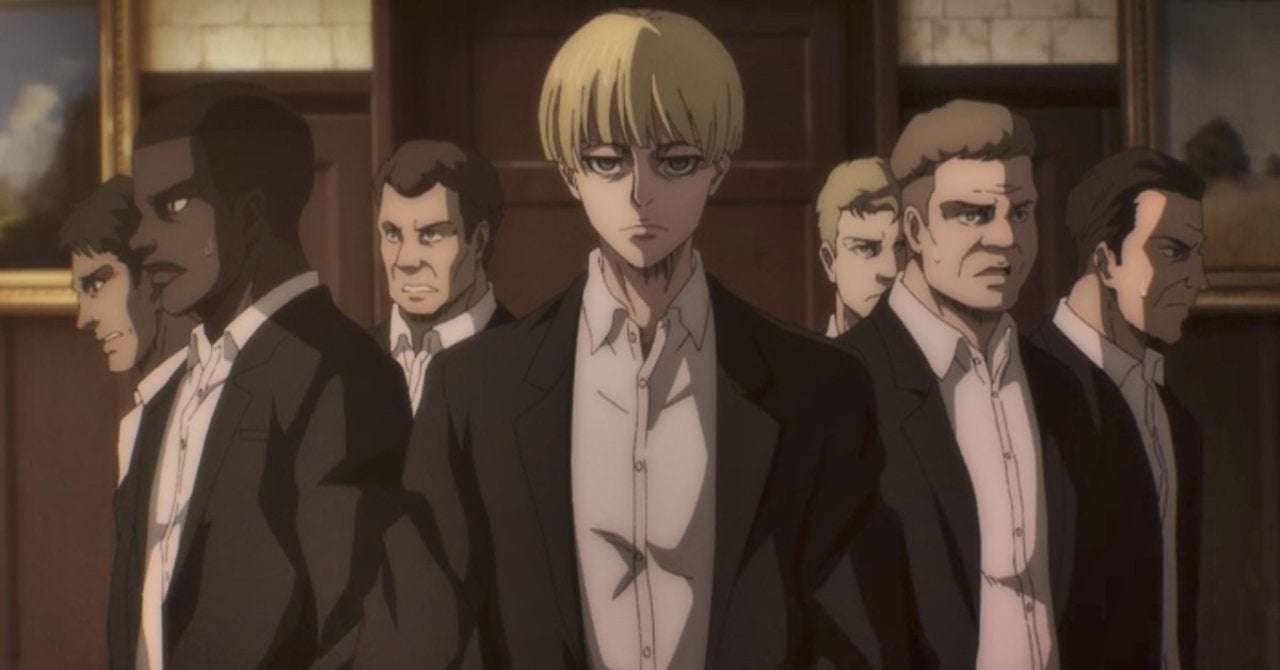 The ending of Shingeki no Kyojin was well received by many fans, but harshly criticized by others, and among the points pointed out by this group are all the plot threads that were left open and without a convincing solution or that lends itself to the reader’s interpretation.

One of the great unknowns left by chapter 139 of the manga has to do with Yelena, Zeke Jaeger’s stalwart and leader of the Anti-Marleyan Volunteers, a group made up of people of different nationalities conquered by Marley, who supported the island of Paradis to end the hegemony of this nation and support the plan of the bearer of the Titan Beast to launch the Euthanasia Plan and end the era of the titans.

In the last vignettes of the manga, several characters are seen after the final battle and in a certain way you can know what happened to several of them. But nothing is known about Yelena, if she is alive, if she died just like her beloved Zeke.

What happened to Yelena at the end of the manga?

After Eren activated the Earth Rumble on Shinganshina, an alliance was formed between Marleyans and Scout Corps soldiers to try to stop the then antagonist and end the destruction of the world. Therefore, they decided to capture Yelena using the power of the Quadruped Titan, since the blonde had the necessary information to find Eren.

Naturally, Yelena is a tough bone to crack, so she refused to give the information they needed and Theo Magath broke her arm to make her speak, which served him in a way, as the Volunteer told them she would only tell them if they carried it with them.

We then see Yelena on the Azumabito ship, recovering from her broken arm on a bed, while Kiyomi, Armin, Hange, Pieck, and Levi tried to get more information from her. The young woman looks sad about the failure of Zeke’s plans, as she claimed, it was a more peaceful method than what Eren did. Eventually, Yelena reveals what she knew and the Alliance flies off to search for the Founding Titan. She, along with Kiyomi, Annie, Falco and Gabi stay on the boat going to Hizuru.

However, Falco later transforms into the new Titan Jaw and the ship sinks from the explosion. Annie and Gabi fly away along with the titan, who has wings and can fly, while Yelena, Kiyomi and the rest of Hizuru’s ambassadors escape death thanks to a pair of lifeboats.

In a memory of Gabi, Yelena is lying in the boat, covered with sheets next to Kiyomi. This was the last time we see the woman appear in the play. However, it is logical to think that these small boats were rescued or could reach their destination safely. And we know that everything went well with the Azumabito, since after the three-year time skip, Kiyomi appears next to Queen Historia Reiss.

In conclusion, Yelena is alive and well on Hizuru. On the island she no longer has anything to do, besides that she ended up as an enemy of the Jaegerists, who took control of Paradis, and surely, her head has a price in this territory.

Advertisement This Monday, April 19, 2021, the 20th edition of the well-known Weekly Shonen Jump magazine was published in Japan and, with it, the long-awaited chapter 1,011 of One Piece, the popular manga written and drawn by Eiichiro Oda. In the previous chapters, we could see how the group made up of the Oden samurai, the Kid Pirates and the Mugiwara managed…

Advertisement In the previous episode, we witnessed the deaths of two characters who played a pivotal role in the Survey Corps soldiers and warriors from Marley. The series is getting more and more painful to watch. Here’s what you would want to know about Attack on Titan Season 4 Episode 28. Table of Contents About…