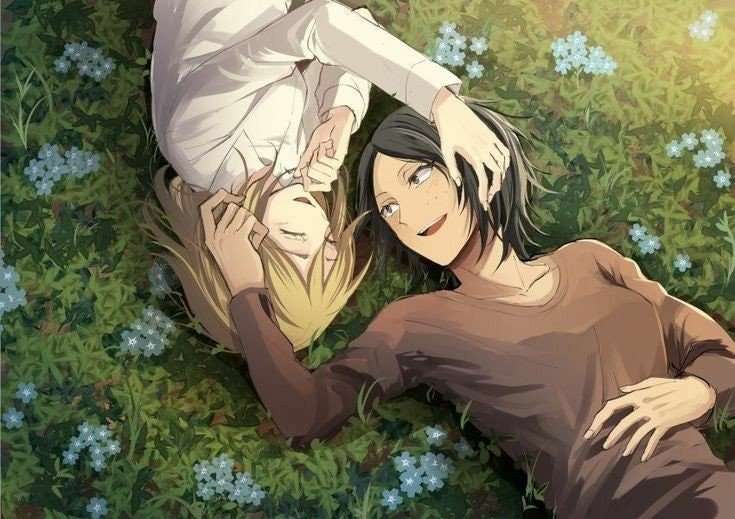 Yumikuri is the ship of Ymir and Christa from the Attack On Titan fandom. Among the anime fans, their relationship is considered a romantic, non sexualized lesbian relationship, which is a huge progress for the anime community. This is so because some anime shows have been controversial for sexualizing female characters.

Attack on Titan also features some of the strongest fighters as women. The makers of the series have done a pretty good job of normalizing the homosexual relationship in the anime. In this article, we’ll explore the romantic connection between Ymir and Christa.

Attack On Titan : About Ymir and Christa Lenz

Historia Reiss alias Christa Lenz is the last remaining member of the Reiss royal family and Queen of the Walls. After her mother’s death, she was forced to renounce her name and take on the new identity as Christa Lenz, and to enter military service.

Mainly thanks to Ymir, she graduates as the 10th best soldier of the 104th Training Corps and joins the Survey Corps. In due course, she reclaims her true name and ascends to the throne.

Ymir, a graduate of the 104th Training Corps and a member of the Survey Corps. She has the ability to turn into the Jaw Titan, and knows about the true nature of Titans. Ymir possesses great physical power even in human form.

Ymir also appears to be cold and selfish, however, she later reveals her amiable and kind side especially to Christa.

The love between Christa and Ymir :

After the two spend time together in the 104th training corps, they develop a close friendship bond and deeply trust each other. Ymir gradually starts developing romantic feelings for Christa. Ymir inspires Christa to embrace her true self and to proudly own it.

Christa seems like she feels very safe around Ymir. One time, when they were surrounded by Titans, she told Ymir that she is not afraid as long as they are together.

The letter that Ymir wrote to Christa before she passed away is a real tear jerker for the viewers. Ymir expresses her regret that they were never able to get married. This fills Christa with emotional pain and cries inconsolably.

And thus ended the tragic romance of Christa and Ymir.