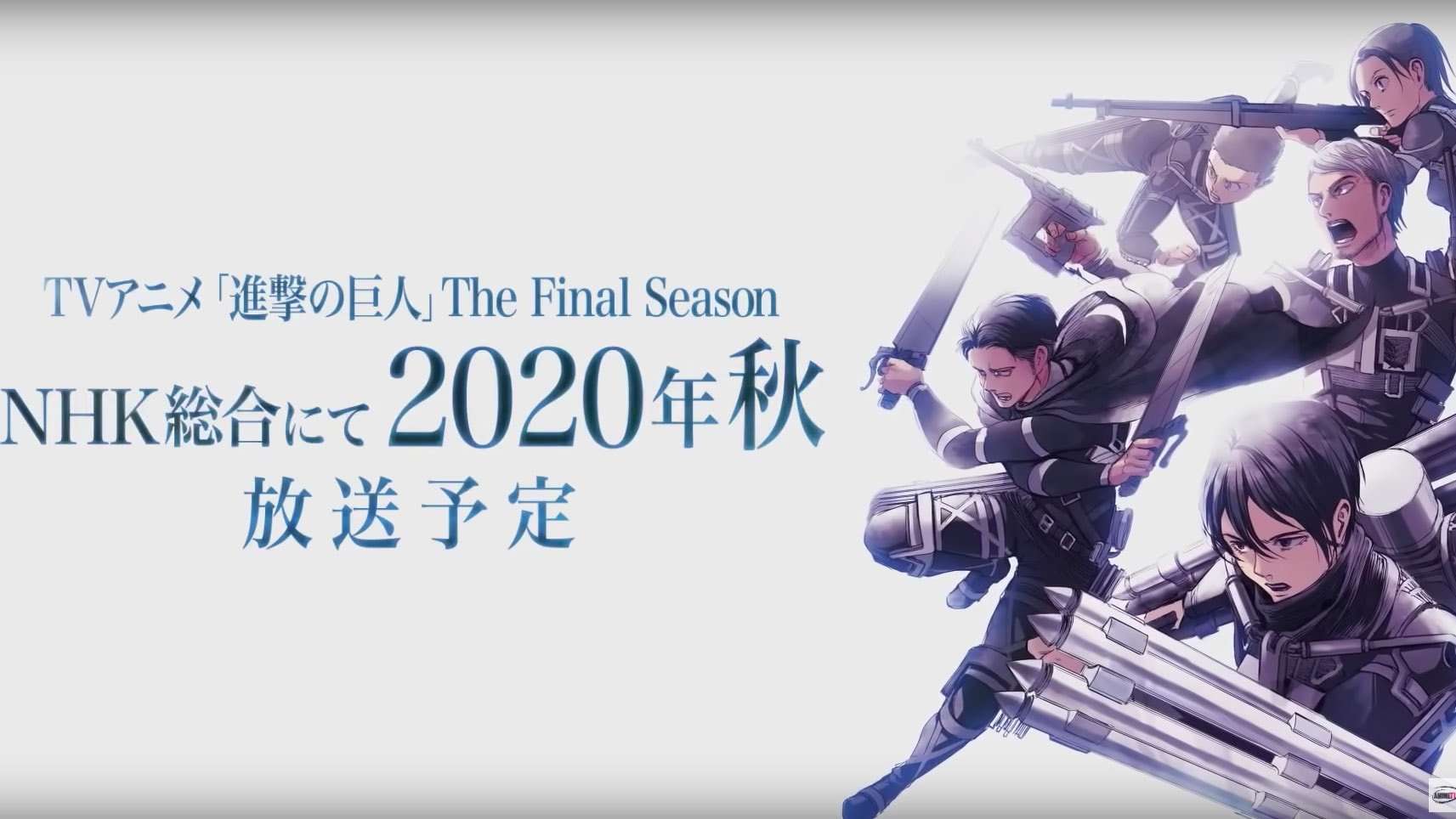 Have you ever had something all of your friends have watched and are now waiting for its final season, but you have no idea about why they are so excited but want to get in on the hype?

Well, sometimes it’s hard to keep up with so many seasons, and sometimes it’s simply hard to know what the series is about if you are not an avid anime viewer. So today, we bring you, a beginner, up to speed on Attack of Titan, a manga series which is releasing its fourth and probably the last season on December 7, 2020.

The series revolves around Eren Yeager and his friends who vow to take revenge on the Titans. It may look like your regular mutant-naïve-boy superhero, but it’s not. The series is dark and is not everyone’s cup of tea. But, if you love a good storyline and like to be hooked to the seats, then it’s a must-watch.

Prisoner of own Creation

The plot is set in a world where humans are trapped within three layers of the wall, and there’s a big bad wolf out there. Well, in this case, it’s the human flesh-eating humanoids called the Titans.

They vary in size and shape and have no reason whatsoever from stop killing you when you get caught. The big evil Titan, in this case, is called Colossal Titan. True to his name, he is massive, and the walls erected by the people are basically like wafers for him.

On one such day, the Colossal Titan charges at the City, killing a lot of people. One among the deceased is Eren Yeager‘s mom. After losing his mother, he decided to get his revenge, so he enlists in the military with his friends Mikasa and Armin.

Three walls are protecting the City. After each division is a town filled with people. The first outer Wall Maria has people of the working class (commoners and blue-collar workers) within this wall too hierarchy exists. Then comes the Wall Rose, and then comes the innermost wall, the Wall Sina, which protects the Royals and the other people of the society.

Guardians of the Realm

Three regiments guard the City. The cadet’s signup for them, and upon graduation, they are allotted which regime they suit the best. The Garrison Regiment is like the Night Watch; they keep guard of the City and the first in line in case of an attack. But the soldiers of this regime consist mostly of slackers.

Scout Regiment has the job of venturing out into the unknown and studying the Titans in their natural habitat. I humbly resign your offer! The third one is the elite military group, Military Police. The top ten graduates are given the option to join this regiment. They take care of law and order within the walls, and what is an elite force without corruption, right?

The Titans vary from 5 feet to 15 feet tall. The only way to kill a Titan is to target the nape of their neck. You got one shot, you do that, or you die. Any other damage to their body, they have the ability to regenerate.

There are some specially made weapons used to tackle these Titans. But it’s not of much use if you aren’t fast or smart. Well, what’s a fantasy series without a savior, right? Eren, after a while, finds that some mutant powers are lurking inside him and that gives him a colossal plus against the Titans. Even though the effects and side effects and utmost depth of the power are unknown to him, it is undoubtedly calming to see him save the people as he lay waste to herds of Titans in the process.

Season four of this series is coming in December; like we already said, it will be available to stream on Crunchyroll and Funimation. If you are a resident in India, then there is, as of now, no legal way to watch it. Funimation is still not available in India, and Crunchyroll doesn’t stream Attack on Titans here.

We wish you the best of luck on your quest to stream the series somehow!