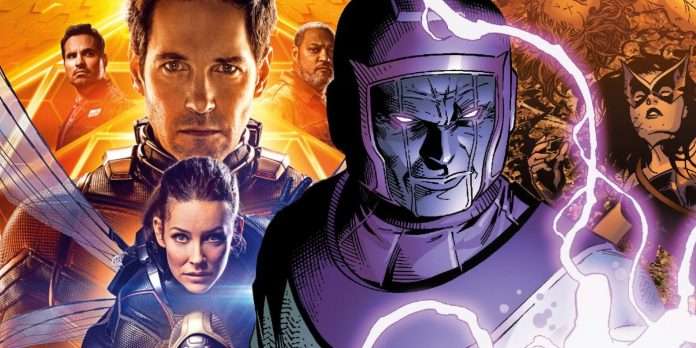 A delivery driver posted a photo on Facebook saying he is delivering a gear that will be used on Ant-Man and the Wasp: Quantumania. So now we have our first look at what seems to be a spaceship/vehicle that will be featured in the film.

As posted on Twitter by @AntManNews, the vehicle in the photo has two seats and rests atop a platform that seems to simulate movement, as indicated by the hydraulics system underneath.

The photo can be seen in the Tweet below:

A new picture from a delivery driver on the set of ‘Ant-Man and The Wasp #Quantumania’ shows half of an interior from some kind of spaceship/vehicle that will be used in the film!

While Majors is only confirmed to appear in Ant-Man and the Wasp: Quantumania, it may not be his only MCU appearance until 2023. Loki writer Michael Waldron said that Kang is the “next big cross-movie villain” of the MCU, indicating that Majors may cameo in several properties before his starring role in the 2023 film. From Doctor Strange in the Multiverse of Madness to the various streaming shows Marvel has on their slate, there’s no telling where a dangerous Kang variant could pop up next.

Ant-Man and the Wasp: Quatumania is now in production. Director Peyton Reed, who helmed Ant-Man and Ant-Man and the Wasp, returns to direct the third film in this Marvel Cinematic Universe trilogy. Paul Rudd and Evangeline Lilly return as the eponymous superhero duo, Scott Lang and Hope Van Dyne. Michael Douglas and Michelle Pfeiffer return as the original heroes. The movie will be released in the United States on February 17, 2023, as part of Phase Four of the MCU.