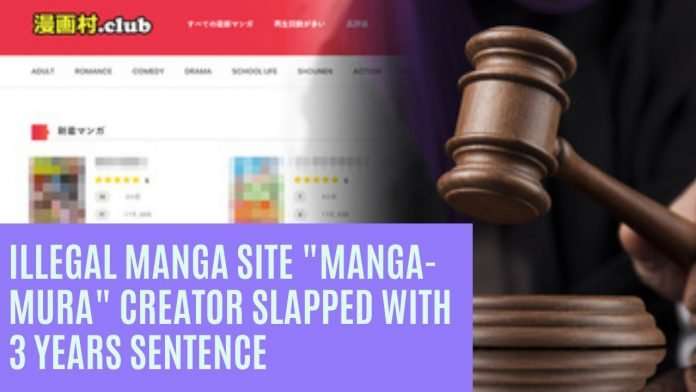 Advertisements
Loading...
29-year-old Romi Hoshino was found guilty of violating the copyright law and concealing criminal proceeds in breach of the law.
The Fukuoka district court found Hoshino guilty. He was accused of running a pirated manga site called “Manga-Mura” and illegally publishing the popular manga “One piece” and “Kingdom”.
Hoshino was arrested in Manila in July 2019, after the Japanese Embassy in Manila requested Philippine help to capture him. He had entered the Philippines in May of the previous year.
Hoshino had three accomplices- two men and a woman. All three of them have also been convicted. They were earning money through online ads.
Must-Read: Best Five Anime News Websites To Get Trending News From
His website made available 56 episodes of “Kingdom” and 866 episodes of “One piece“. Manga-Mura site was shut down in 2018, a month before he left for the Philippines.
About 100 million people each month used the popular pirate website, which made around 60,000 manga – Japanese graphic novels or comics – available to the public for free immediately after publication.
His actions cost the manga industry a loss of approximately 300 billion yen (2.7 billion dollars). District court fined 10 million yen and ordered them to pay back taxes of about 62.57 million yen (which he is believed to have concealed in overseas bank accounts between 2016 and 2017.
An anti-Piracy group official stated that Hoshino’s site was a threat to Manga creators and editors. Thus, the Japanese government made a task force particularly to put a full stop on Manga-Mura.
Hoshino’s defense team appealed the suspension of the sentence. They argued that most of the manga files uploaded on Manga-Mura were already available on the Internet on many other sites.
Many other anime streaming sites and manga sites indeed are illegal and cause great losses for anime creators. People should try to support legal means of accessing anime as much as possible.
Must-Read: KissAnime’s Best Alternatives To Watch Anime From!
What’s your Reaction To The Article?
+1
0
+1
0
+1
0
+1
1
+1
0