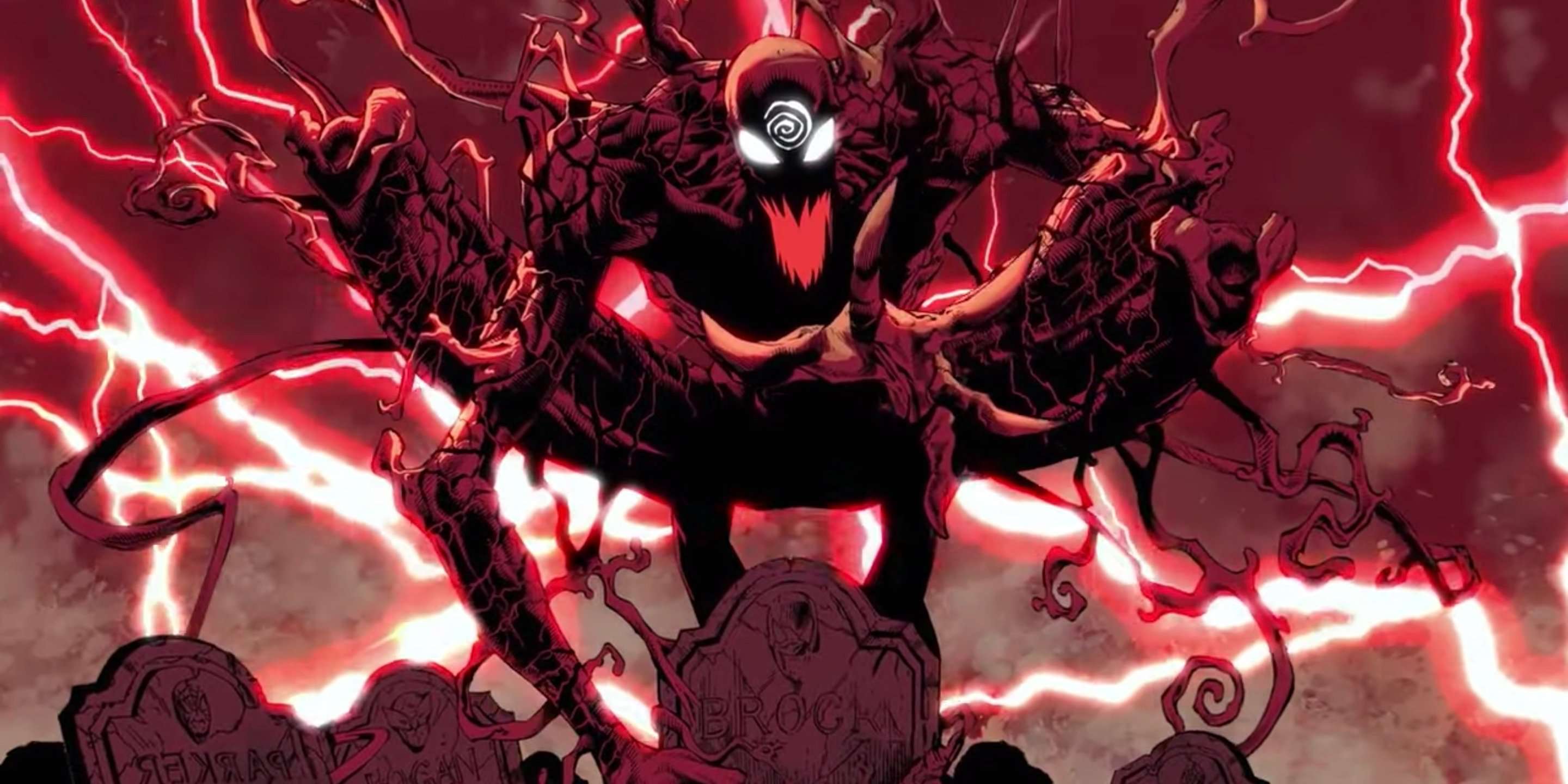 Carnage is one of the most insane symbiotes in the Marvel universe. Its original host was a serial killer and maybe from there, its psyche became haywire. It is because the red Clinton adopted Kasady’s approach for himself. A few characters have hosted this monster through the history of Marvel. Today we talk about all of them. Every single time the red devil moved between hosts we got a completely newer and distinct version of the villain. Some of them are nightmare fuel and others are more of chaos breeders.

He was the first host, rather he was the one who was with the symbiote from his birth. Kasady’s deranged psyche also affected Carnage when the latter was growing and developing. He was locked with Eddie Brock in the prison. Venom came to help Eddie escape and Brock was not aware that Venom was due to birth an offspring. When they fused back Venom left his kid in the cell and it was named Carnage in the future. Venom’s ward entered Cletus’ body through a cut and merged with his bloodstream. Then original Carnage was born. After birth carnage realized 2 things first he hated carnage for abandoning him and second he has an insatiable need for death and destruction.

Cletus and they were associated with all of the spider-verse stories. Whenever the symbiote felt powerless or weak he went back to Kasady. He also went back to him when the latter was suffering from stomach cancer.

It is a minor unnamed character who is not a human. Once Carnage bonded with a great, roaming across length and breadth of the sea terrorizing anything it came across. While moving it found a boat with humans. The symbiote seized this opportunity and bonded with the whaler. Soon after he was slicing and dicing the crew. As per some parts of the comics, it was done by him to gain enough strength so that he could aid the hive mind of symbiotes called the King of black. Then he did not know that Venom had usurped the king’s throne.

In a part of comics, Ben Reilly was the only spider-man who had a lot of responsibility on his shoulders. At this point Carnage was free so he was caught by Ben and the latter fused with the former eventually creating Spider Carnage. Although red Clinton’s psychopathic nature tried to take over his new host’s mind. But his mental fortitude persisted. Now realizing that carnage cannot be controlled, he carried it long enough to take it back to the prison. Here, the lone spider-man tries to kill the red devil through a lethal dose of microwaves. But carnage escaped to Kasady.

All comic fans know that the Osborne family is super crazy and dangerous. All of them have been goblins at one point in time. Normie was the child of Harry Osborne and Liz. He is one of the most docile characters in the spider-verse. But when his granddad Norman got hold of the psycho symbiote he fused it with himself, making Red Goblin in the process. Red Goblin then infected Normie creating a new monstrosity called Goblin Child.

Doctor Karl Malus was a minor villain in the superior spiderman’s rogues gallery. He was the host for Carnage after the lobotomy of Cletus Kasady. This version was dubbed the superior Carnage. In reality, was being mind-controlled by another villain called the Wizard. Wizard, Claw, and Superior Carnage battled Superior Spider-man. But were ultimately defeated by the hero. This was the first battle when a villain was showcased using traditional battle weapons.

Carnage symbiote died once when he was incarcerated. His carcass was recovered by a group of scientists. One of them was Dr. Carla Unger. Carnage fused with her. After that, she killed her abusive husband. But the red devil consumed her in the end and moved back to Cletus. Her ending was not so happy.

A list of other Carnage’s hosts is out too.

These Are The Characters Who Have Hosted Carnage

Advertisement Franchises like Marvel, DC are a huge success thanks to unyielding fans and their never-ending love to spin fan theories. Thank You, Fans! While half of the time they might get it alarmingly right, the other half they are way off. But, both ways, fans are happy doing that and always looking forward to…

Advertisement While Kat Dennings first debuted in the Marvel Cinematic Universe all the way back in 2011’s “Thor,” no one knew then what the franchise would grow to become by 2021. Thankfully, Dennings is still a part of the MCU now, returning to her iconic role as Dr. Darcy Lewis in the recent series “WandaVision”…