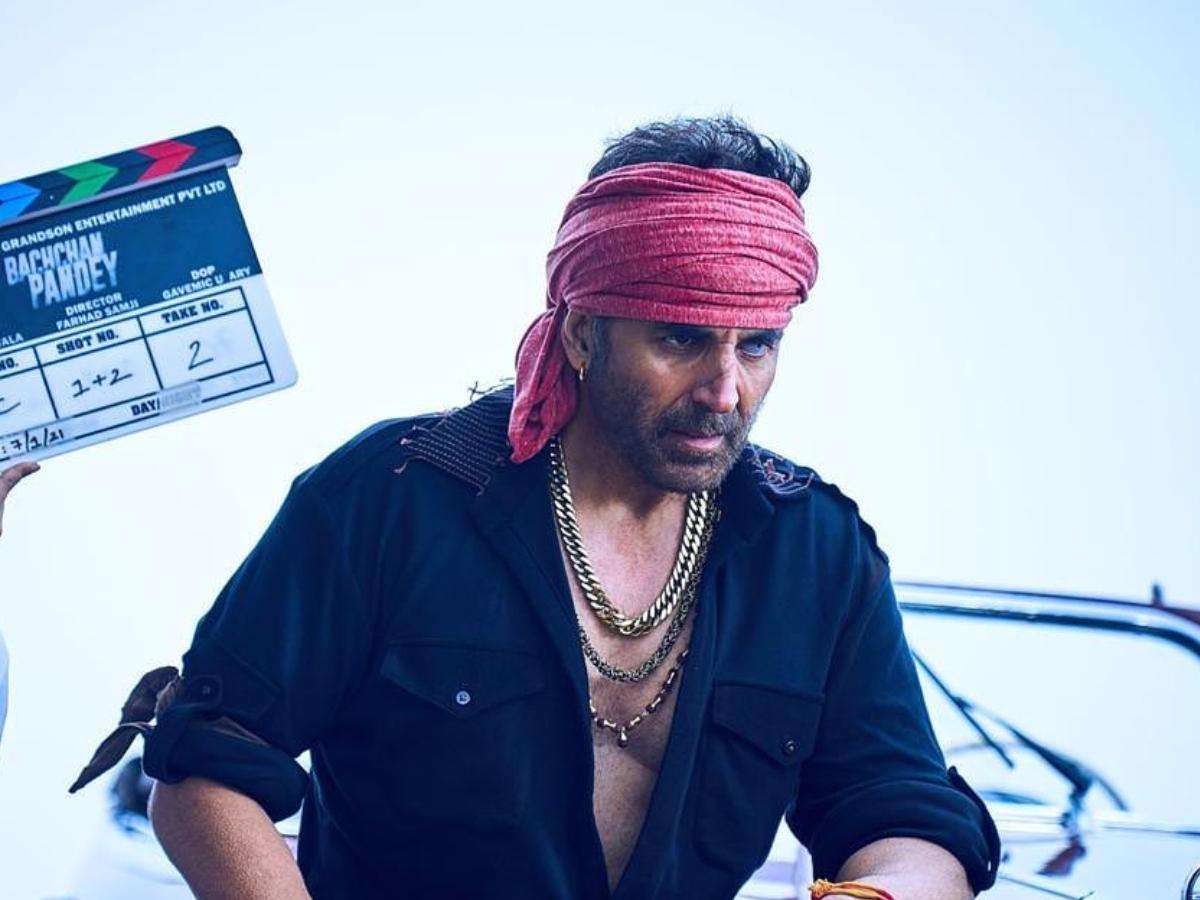 Upcoming Bollywood action film ‘Bacchan Pandey’ starring Akshay Kumar in the lead role is all set to release on the occasion of Republic day, next year. The star cast including notable names like Kriti Sanon, Jacqueline Fernandez, Pankaj Tripathi, and Arshad Warsi is reportedly shooting in Jaisalmer for the same. The cast and crew members will also be working on locations like Gadisar lake in Rajasthan. While Akshay will be playing a gangster who aspires to make it big in the film industry, Kriti will take on the role of a journalist aspiring to be a film director for the movie.

Akshay’s first look for the film

As of now, there’s no confirmation whether the film will release on the big screen or an OTT platform like Amazon Prime or Netflix, but Kumar managed to drop his first look from the movie in this Instagram post. The actor took to social media to reveal specific details, including his fierce stills from the film.

Sharing a close-up, he captioned the picture: “his one look is enough!” He can be seen sporting heavy metal chains, earrings, and a cataract eye, all of which add to his rugged look. This film directed by Farhad Samji and produced by Sajid Nadiadwala is expected to show Akshay Kumar in an entirely new light. His exciting new avatar seems to have stirred grave excitement amongst his fans, making Bachchan Pandey a highly anticipated film.