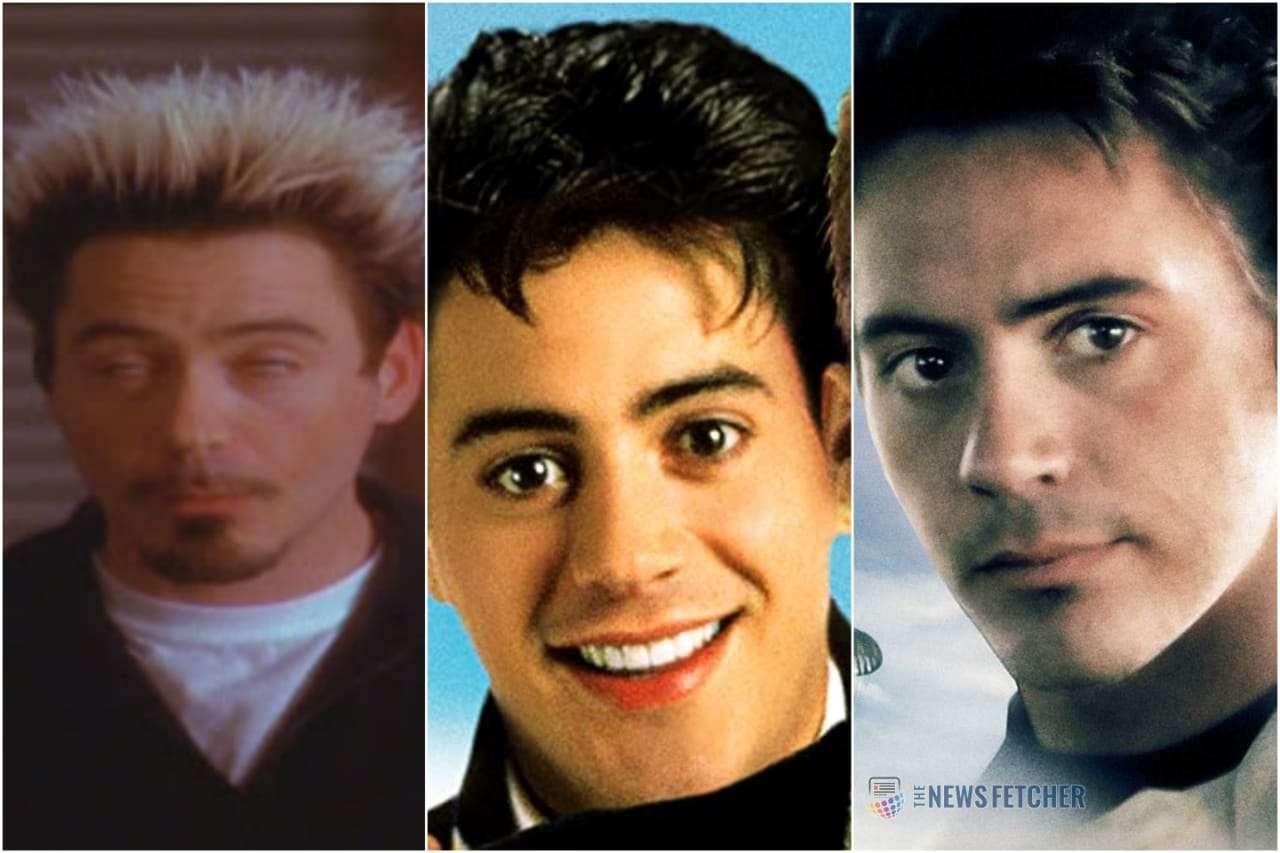 Robert Downey Jr. seems like someone who has always been an A-list movie star. Far from it.

In fact, Downey spent most of his four-decade career as “box office poison,” and didn’t break big until he was 43, in 2008’s Iron Man. Yes, that’s right: in an industry obsessed with youth, one of the biggest movie stars ever didn’t become an A-list action star until his 40s. Truly, the total gross of most of his early films, as listed by The Numbers, were less than he can now take home for just one film, with Avengers: Endgame earning him $75 million, according to IndieWire.

Here are the worst Robert Downey Jr. movies, according to Rotten Tomatoes.

You know what they say: never mix business and family. The Downeys should have heeded that advice. In 1990, RDJ’s namesake, Robert Downey Sr. — a satirical filmmaker most famous for 1969’s Putney Swope — set out to make a riotous British-style sex farce in the vein of Don’t Dress For Dinner.

The film was Too Much Sun, and was about a Catholic priest who convinces a rich tycoon in Beverly Hills to add a proviso into his will: if he doesn’t have an heir within one year of his death, the church will inherit his wealth.

The catch is that his kids are homosexuals. Uh, okay? By 1990, Downey Jr. was the Jason Biggs of his day (just not as famous, if you can believe it), and frequently played teenage and young adult roles in forgettable comedies and dramedies. He was a budding talent to be sure, but nobody could carry his dad’s lukewarm, unfunny satire past a 17% critic’s score and 27% audience score. RDS probably wanted to give RDJ a star-making role, but instead, he just made his son look silly. Thanks Dad!

There’s a long tradition of Academy Award winners starring in horrible movies. It’s excusable when it happens early in their career, when they’re just starting out … but after they’ve already taken home the gold? That’s just bad. Case in point is Gothika, Halle Berry’s 2003 followup to her 2002 Academy Award for Best Actress.

Critics ripped the movie’s “preposterous plot” in which a psychiatrist played by Berry is accused of killing her husband and is placed under the care of her colleague (played by Downey) in her own mental hospital.

In real life, Downey Jr. was, at this time, a recently recovering addict, and not an Oscar winner, so he didn’t have as far to fall as Berry, but producer Joel Silver did withhold 40% of his salary as insurance until the film was finished, according to Today. On the bright side, the actor did meet his future wife and producing partner Susan on the set of Gothika, according to Harper’s Bazaar, so Team Downey for the win! 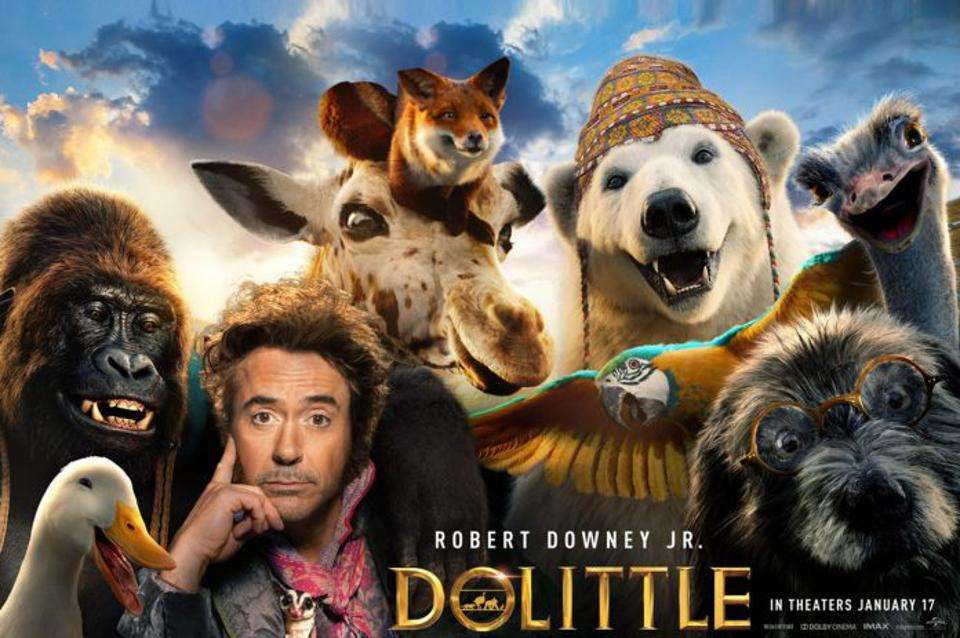 Robert Downey Jr. shouldn’t talk to animals — he needs to talk to his agent. You do not follow up the highest-grossing movie of all time with Dolittle. Or at least, you shouldn’t.

Well, he did, and his overall Tomatometer score paid the price, big time. Dolittle earned an absolutely disastrous 14% Tomatometer score from critics, however moviegoers seemed to like it for the most part, giving it a 76% audience score, which is actually higher than some of his best movies on this list. To be honest, the idea of Robert Downey Jr. playing a wacky doctor who talks to animals sounds like it should be a blast. Alas, critics panned it for its “jumbled story and stale humor.”

How do you say “Stop making Doctor Dolittle movies,” in gorilla?

Mel Gibson was at the peak of his popularity. Robert Downey Jr. hadn’t broken big as a leading man, but showed a lot of potentials. Put them in an action-comedy in 1990, and what could go wrong?

Air America, that’s what. In both men’s defence, it was hard to do much with Air America, which due to its inconsistent pace and tone (righteous “war is hell” morality play one moment, rollicking, action-comedy the next) earned an abysmal 13% critics score and 35% audience score. Air America’s box office was just as bad, earning $32 million in 1990, just 24% of what Gibson’s Bird on a Wire earned only a few months earlier.

However, the experience wasn’t a total bust for Robert Downey Jr., himself. Based on working with Gibson during this time, according to the Milwaukee Journal Sentinel, the more experienced actor later cast Downey as the lead in The Singing Detective, in 2003, back when nobody else in Hollywood trusted him to stay clean. This proved to be the spark that lit the flame of Downey’s career renaissance. 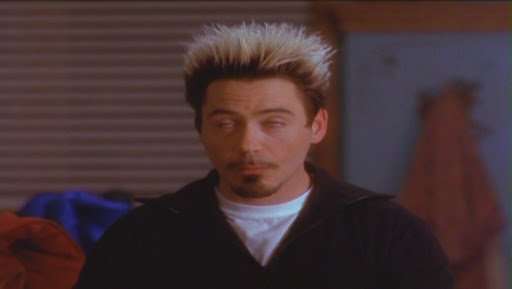 Friends and Lovers is the first, and only, time that Stephen Baldwin got top billing over Robert Downey. Okay, okay, it was because of alphabetical order, but still, who wants that on their resume?

In the mid-to-late nineties there was a glut of “pretty Gen-Xers with problems” movies and TV shows, ranging from Noah Baumbach’s directorial debut Kicking and Screaming, to the quintessential angsty teen drama TV show, Dawson’s Creek. Next to blatant Pulp Fiction ripoffs, it was a popular genre for first-time writer-directors, as the script was the star.

Into this muck came Friends & Lovers, an ensemble comedy from first-time (and last time) writer-director George Haas, in which a bunch of twenty-somethings go on a ski trip to find themselves … or something. How bad is it?

How about a 7% critics score and 33% audience score? How about Roger Ebert nailing it with, “This movie is not merely bad, but incompetent. I get tapes in the mail from 10th graders that are better made than this.” How about … well, you get the idea. Robert Downey Jr. play Hans, a fast-talking ski instructor, and he was clearly in his career nadir. It doesn’t get much worse than this. 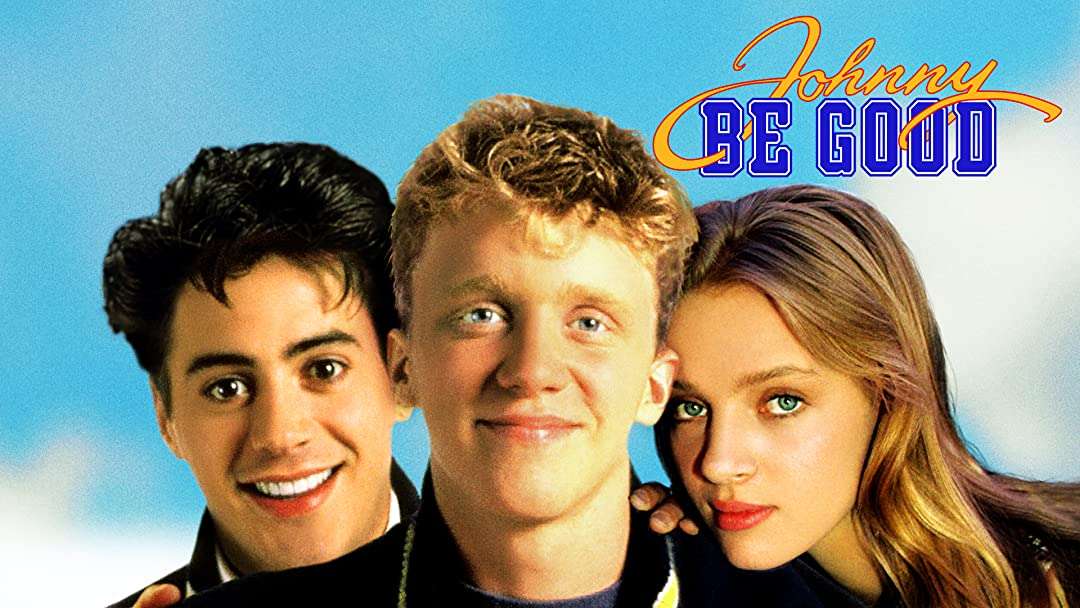 What movie could possibly be worse than Gothika, Dolittle, and Friends and Lovers? The ironically titled Johnny Be Good. Because no, Johnny be bad…Johnny be very, very bad.

See, that right there spells trouble, as eighties Anthony Michael Hall should not have been playing a jock, ever. Anyway, Johnny is being recruited to play football for top colleges nationwide, with his best friend, Robert Downey Jr., telling him to wait for the best offer, while his girlfriend, Uma Thurman, wants him to go to the state school with her.

Johnny Be Good was meant to be a satire about the devious nature of the NCAA’s college recruitment practices, but it pretty much just turns into the raunchy comedy you’d expect from the writers of Revenge of the Nerds. Roger Ebert even said: “The people who made this movie should be ashamed of themselves.” Ouch. RDJ probably was ashamed, as Johnny Be Good’s 0% critics score and 30% audience score makes it the worst movie of Robert Downey Jr.’s career.