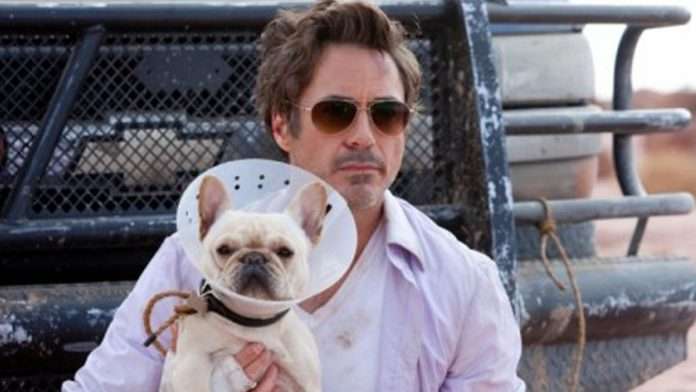 It’s not just the quantity of his bank account, though, but the quality of his films that has improved. Much of his best work has come after Iron Man rocketed him to the top. Go figure. In this way, Downey defies the cliche that blockbusters are inherently bad, while so-called “prestige” cinema is automatically…well, prestigious. And if you want proof, well, here are the best Robert Downey Jr. movies, according to Rotten Tomatoes.

After four films and $7.7 billion worldwide, the success of The Avengers’ series may seem obvious now. Sure, Iron Man and Iron Man 2 were blockbusters, but Captain America: The First Avenger and Thor were solid hits, nothing more, and managed strong (if unspectacular) 80% and 77% Tomatometer scores, respectively.

There was, in 2012, a chance Marvel Studios had spent The Avengers’ $225 million budget on what amounted to a glorified “Iron Man and His Amazing Friends” flick. Maybe in another multiverse, The Avengers experiment would have failed. Thankfully, we live in this one, where it earned $1.5 billion worldwide.

As impressive as its box office was, the true achievement of The Avengers was its quality. Remember, no studio in the modern era had ever successfully brought in characters from multiple different franchises into one blockbuster, and honestly, none has successfully done so since, except for Marvel.

The Avengers wasn’t just “good,” it was one of the best films in the entire MCU — and Robert Downey Jr.’s career, with a 92% critics score and 91% audience score. 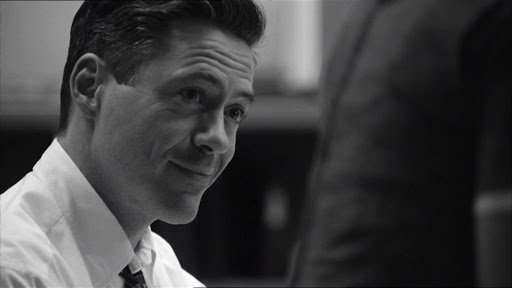 Robert Downey Jr.’s early career is defined by a bunch of duds earning him his “box office poison” status, while his post-Iron Man career is defined by … well, Iron Man. Meanwhile, his comeback phase of 2001-2007 is a mixed bag of hits and misses. One of the hits was Good Night, and Good Luck, in 2005. Downey hadn’t yet earned enough studio confidence to become an action-blockbuster leading man (who could have seen that coming?), but he did excel in supporting parts, like this one.

Six Upcoming Robert Downey Jr. Movies to get Pumped about!

Downey plays the role of CBS correspondent Joseph Wershba in the George Clooney-directed film, in which career character actor David Strathairn’s Edward R. Murrow goes toe-to-toe on TV with Senator Joseph McCarthy, in the fifties, during the Red Scare. In an ensemble piece, every part is important, and Downey’s performance helped power Good Night, and Good Luck to a 95% critics score and an 83% audience score, as well as six Academy Award nominations, including Best Picture. Good Night, and Good Luck may not have been a huge boost to his career, but it certainly looked good on the ol’ resume.

Many movie stars have a “before” and “after” movie in their filmography, in which their career suddenly took off. Sylvester Stallone had Rocky. Julia Roberts had Pretty Woman. Robert Downey Jr., of course, had Iron Man.

What makes RDJ’s career breakthrough unique was he was 43 years old at the time, and had already been making movies for 25 years. By 2008, Downey had seemingly resigned himself to a career as a respectable, middle-aged, character actor. And there’s no greater pressure than carrying a big-budget, summer blockbuster upon which a studio’s yearly profitability (and people’s livelihoods) depend.

So, Downey deserves the utmost credit for taking on the challenge of the career-changing (and life-altering) role of Tony Stark. While Tom Cruise had once been in talks to play Tony, director Jon Favreau convinced Marvel to take a gamble on Downey, who was seen, at the time, as risky. That all changed on May 2, 2008. Powered by its 94% critics score and 91% audience score, Iron Man opened to $98 million, on its way to $585 million worldwide. Today, while Iron Man remains one of Robert Downey Jr.’s best movies, it’s certainly his most important. 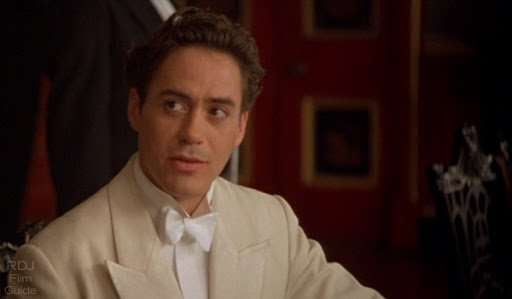 Groan, another William Shakespeare adaptation that has been updated to a different time period besides Victorian England? Take a drink. Seriously, in the not-too-distant future, are they going to set Neil Simon’s plays in space? The “Reimagined Shakespeare” trope is a genre unto itself, and oftentimes results in the Bard’s best works eliciting more eye-rolls than insights. That said, there are some good entries in the sub-genre, most notably 1995’s Richard III.

Sir Ian McKellen stars and co-wrote the adaptation alongside director Richard Longcraine in a cinematic vision that transports the Shakespearean play’s medieval time period to the 1930s, in an England beset by war and the threat of fascist dictatorship. Ian McKellen, of course, steals the show, enhabiting the title role of the Crookback King descending into madness. However, he is supported by a stellar supporting cast, including Annette Bening, Jim Broadbent, and of course, Robert Downey Jr., as Rivers. Pulling off Shakespeare is the ultimate test for any actor, and Downey nailed it with aplomb, helping to propel Richard III to a 94% critics score and 85% audience score, a “Fresh” rating for a fresh take on Shakespeare. 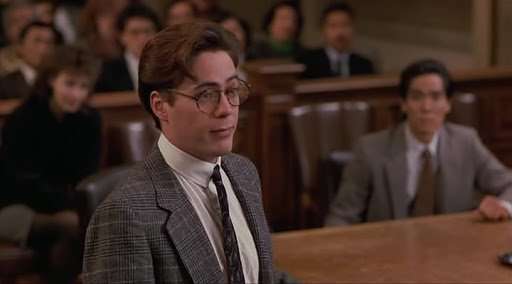 Leading man James Woods isn’t something you see often, but when it does happen it’s usually awesome. See David Cronenberg’s Videodrome, John Carpenter’s Ghosts of Mars (if only in a campy way), and Joseph Ruben’s True Believer. In the 1989 film, Woods plays a jaded trial lawyer and former activist who is coerced by his apprentice (played by Robert Downey Jr.) to defend a wrongfully convicted man, in the process uncovering a huge conspiracy.

Forgive the cliche, but True Believer is the kind of movie they don’t make anymore, mostly because nobody goes to see them now (and nobody went to see it then either—True Believer bombed with $8.7 million). Which is a shame, because True Believer is a solid, sophisticated suspense-thriller for grownups with believable characters and a compelling plot. While it’s Woods’ customary manic, live-wire energy that carries the film, RDJ is the audience’s eyes and ears as the idealistic young attorney. It’s an early career performance that showed the world that Downey had chops.

Technically, True Believer is Robert Downey Jr.’s highest-ranking movie, with a 95% critic’s score, but we made a judgment call and did not give it the top spot because the audience score was a mediocre 63%, much lower than any other “best” movie on this list (and even less than Dolittle). Are moviegoers mistaken? Absolutely, but the Tomatometer has spoken.

We’re not just being fangirls — promise. That said, it’s pretty exciting to see Avengers: Endgame top the list. Most of the attention that Avengers: Endgame has received has been about its unreal $858 million domestic and $2.79 billion worldwide box office gross, via The Numbers, making it the highest-grossing movie of all time. Far less attention has been paid to the fact it’s simply a really, really good film. It’s one of the best movies in the Marvel Cinematic Universe, and one of the best superhero movies of all-time, period.

While it is an ensemble piece, it’s Robert Downey Jr.’s performance as Tony Stark that gives the film its heart, mind, and soul. Without spoiling it, the finale’s emotional impact was only possible because it featured an actor and movie star of Downey’s calibre.

While Avenger: Endgame’s 94% critics score is just one point lower than True Believer, it has a 90% audience score that is much, much higher, making it the best Robert Downey Jr. movie ever, according to Rotten Tomatoes. Yep, critics liked a superhero blockbuster even more than moviegoers. What a time to be alive.

Ray Anthology Based On Satyajit Ray’s Stories: Cast, Release Date, Where To Watch